South Africa's winemaking community is both enterprising and resilient, characteristics perfectly embodied by these two new suppliers to The Wine Society.

Founded in 2016 by two Americans, Charlie Brain and Walker Brown, Lubanzi sets out to be more than a wine producer and is committed to having a meaningful social impact on the people who work the land that produces the grapes.

Aslina Wines is the personal venture of Ntsiki Biyela, South Africa's first female black winemaker. She more than most knows what it is like to overcome adversity in an industry that is traditionally male and white-dominated. Ntsiki has received many accolades, not just for her winemaking and business enterprise but also for the work she does to eliminate barriers and inspire a new generation.

Find out a bit more about both producers below and read my interview with Walker Brown where I find out more about why Lubanzi want to change preconceptions about canned wine and the challenges this poses.

What makes this wine producer's story a little different from most is that from the outset they wanted to set up a business that gave something back. The two founders Charlie and Walker fell in love with South Africa as exchange students there in 2014. They wanted to share this passion whilst giving something meaningful back to the people and country that had instilled it in them in the first place. Despite not having a background in wine, the pair decided that developing and sourcing great wine was the obvious outlet for their ambition.

They spent months building up partnerships, developing friendships and looking for collaborators who shared their vision. Importantly, they sought out winemakers and those already with experience in the industry who wanted to make a difference too. This led them to winemaker Trizanne Barnard, a talented graduate of Stellenbosch university with experience of working vintages in Australia, France and Portugal (and an excellent surfer and mother too!). They also joined forces with veteran of the Cape wine scene Bruce Jack who acts as both advisor and a great source of inspiration for the team.

Determined to ensure an equitable supply chain that rewarded everyone in it, they partnered with a not-for-profit organization called The Pebbles Project who provide healthcare and education to the farming families who live and work on the land. Lubanzi committed to giving 50% of net profits to Pebbles achieving real social change.

Their commitment doesn't stop there as they have taken their environmental responsibilities seriously too being fully signed up and certified members of B-Corp© (a global organisation unifying businesses that balance profit and purpose), 1% For the Planet (contributing at least 1% of annual profit to environmental causes) and are carbon neutral too. With such strongly held principles to look at different ways of operating, it perhaps comes as no surprise that Lubanzi wanted to address their carbon footprint by embracing new types of packaging for their wines.

They want to change attitudes particularly when it comes to canned wine, offering good-quality wines in this format. We are the first to offer their wines in the UK, both in bottle and their eye-catching cans. There's no reason why you can't buy both; each has its place. Typically, the bottles too have also been given the Lubanzi reappraisal and are lighter in weight (though no less robust) and come with ground-breaking twist-off, resealable corks, so there's no need for corkscrews! and 'Treefree' labels. Because cans are new for us at The Wine Society I wanted to find out a bit more about the thinking behind this approach and what challenges it might have for wine producers.

I think there was a combination here of two things, a blend of some real quantifiable information about sustainability and that we wanted our wines to be able to go where others simply couldn't – packed in bags and backpacks, and taken to the park or beach with friends, on journeys and hikes, on camping trips…'

'Cans are the most recycled beverage containers in the world and they're 100% recyclable as a part of a really efficient process. That's big. Cans are also super-efficient to transport and so much lighter and not so fragile, so the carbon footprint of a can of wine is much less than a glass bottle.'

Are there any unique challenges of canning wines?

'Sure, but I don't believe there's major differences to the process of putting wine in any vessel. As winemakers, we're really careful about sulphur, dissolved oxygen, and pH, among other things, especially with cans, but of course we care about those things when we're bottling, too!'

What do you think the major advantages are of cans over bottles?

'As well as the improved sustainability and the portability – 'a more fit accomplice for any adventure', we romantically like to say, there are also some real advantages for the wine itself. The can is completely sealed, of course, so the wine is without any influence from light or air. Erring closer to a single-serve suits a lot of people's lifestyles these days too.

Also, trust me, there's something seriously lovely about popping one of these open. If you haven't finished a hike or sat out in the park or on the beach and cracked a can of wine, just do that and you'll see what I mean.'

How are canned wines performing?

'Canned wine is on the up and up with big percentage growth in lots of places across the world. I think it's particularly fun to watch our 60-year-old mothers become huge fans of wine in cans, alongside all the young people. At the end of the day, I think cans are for everyone.'

Finally, if you're wondering where the name Lubanzi comes from, it was the name the locals gave a wandering stray dog who accompanied Walker and Charlie on a six-day, 100-mile trek along South Africa's wild southern coast, when they were first exploring this country. The name just seemed right for this ongoing adventure and the spirit of this enterprise.

It's pretty hard to make a name for yourself in the wine world if you don't come from a winemaking background. Imagine how much harder it was then for Ntsiki Biyela, a black woman from Mahlabathini, a rural village without electricity in KwaZulu-Natal; a far cry from the lush vineyards of the Cape. Clearly a bright and able student, Ntsiki was keen to go to university after leaving school but lacked the funds to do so. After a year as a domestic worker she won a scholarship to study agriculture (viticulture and oenology) at Stellenbosch University in 1999. At this point she hadn't even tasted wine before!

What makes this achievement even more remarkable was that when Ntsiki started university she didn't even speak Afrikaans and had to learn a new language on top of all the other obstacles she faced. Rather than allowing this to be yet another barrier, she rose to the challenge and was even more determined to succeed.

The language of wine was another convention that Ntsiki challenged. Often the references used are unfamiliar to those not versed in European winespeak, so she started to use terms that were more relatable to people like her. So, rather than saying a wine has an aroma of truffles, say, she would use the term amasi, a local fermented milk product that would be very familiar to people.

During university Ntsiki interned at Delheim then joined Stellekaya, a new boutique Stellenbosch winery as their winemaker straight after graduating. We previously shipped one of Ntsiki's wines from this estate. Although she'd felt that she didn't fit in in an industry that had very few black people in it, or women, as a young winemaker, she was surprised at just how helpful fellow winemakers were, saying that you could always pick up the phone and ask for advice from those more experienced.

Ntsiki had always harboured a desire to create wines under her own label and after leaving Stellekaya in 2016, she set up on her own the following year. She called it Aslina after her much-loved grandmother who had always been such an inspiration to her. Ntsiki launched her first wines from bought-in grapes under her own label the same year. Now she was taking her winemaking and business skills to a new level and winning accolades for both along the way. She was named 'South Africa's Woman Winemaker of the Year' in 2009 for her 2006 cabernet sauvignon from Stellekaya and was voted 'The Most Influential Women in Business and Government' for two years running.

On top of her own personal successes, Ntsiki endeavours to help and inspire others. She sits on the board of the Pinotage Youth Development Academy, which provides technical training and personal development for young unemployed South Africans in the Cape Winelands, preparing them for work in the wine and tourism industries. Creating a legacy is what drives her ambition.

Ntsiki's pioneering work in the South African wine industry was recognized at the prestigious 2021 Wine Harvest Commemorative Event where she was awarded the 'Diversity and Transformation award.'

And the wines under the Aslina name do her grandmother's name proud too, winning plenty of awards themselves in their own right. 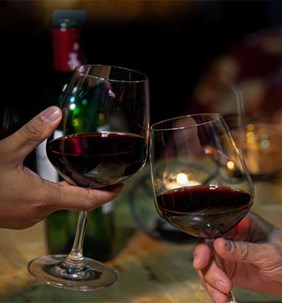 Grower stories Getting to know Ntsiki Biyela
Back to top