Unearthing unknown wines with exciting potential has been at the forefront of The Wine Society since the beginning. Over the years we have been the first to get behind many wines which are now internationally renowned, but we have never followed a trend for the sake of it: the quality of the wine has always, and will always, come first. 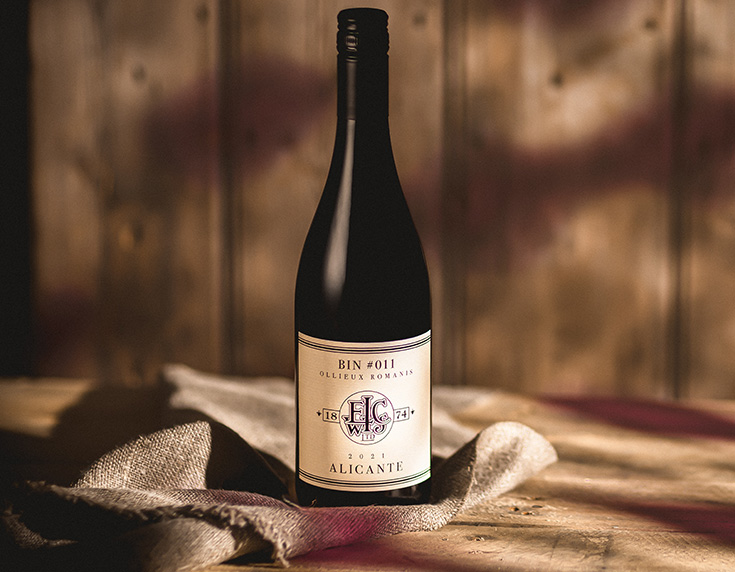 We return to France for our limited-edition range, with mouthwatering results.

Alicante bouschet has been around since the 1860s, largely in blends with other varieties. Flying solo, it’s denied appellation contrôlée status, hence the vin de France designation, but its strikingly deep colour and fragrant fruit will instantly appeal to members who love to explore characterful reds.

A crossing of two ancient grapes, teinturier du Cher and aramon, with better-known grenache, alicante is loved by growers for its easy disposition, resistance to disease and the exceptional colour it brings to blends.

Merely one of many in France, it’s a major variety in southern Portugal and was much prized in California during Prohibition, when the grapes could be trucked from California to the east coast without the fruit rotting. No smuggling is needed today to appreciate its other virtue: it’s really quite delicious!

In the winery, it gives off wonderful aromas of freshly picked fruit and it’s always a treat to taste the first alicante of the year and admire its colour, which stains everything deep purple. Not for nothing do its genes include a teinturier – ‘dyer’ in French!

Ollieux Romanis is a large and impressive Languedoc estate which has grown alicante for more than a century. It uses it in many of its red wines, notably The Society’s Corbières, although never more than 1-2%. In generous years it sometimes makes a blend of carignan and alicante which works well. But I liked the idea of a pure alicante, and I’m thrilled by the result. Served cellar-cool, its plummy fruit and dash of spice will definitely break the ice when the barbecue season approaches. And with our free-delivery trial extended to 3rd May, it’s an ideal opportunity try something new and different, with no minimum spend.

Our exclusive Bin Series casts a light on the most exciting regions and grape varieties around the world. You will find here the full list of Bin Series wines released to date.

Find out more
Back to top