The Society’s South African range reflects the dynamism of the Cape wine scene. Our selection shows off the country’s signature grape varieties – pinotage, chenin blanc and cabernet sauvignon – to the full. 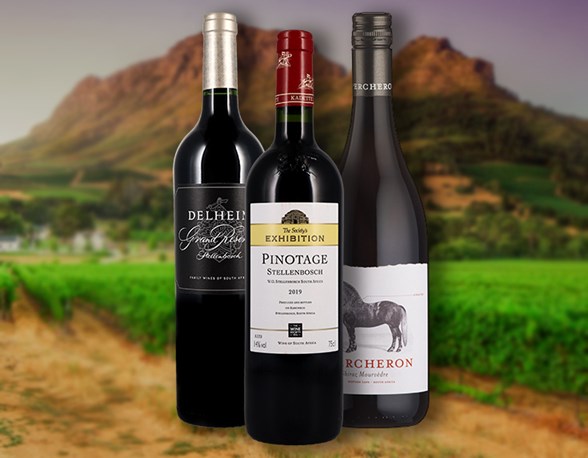 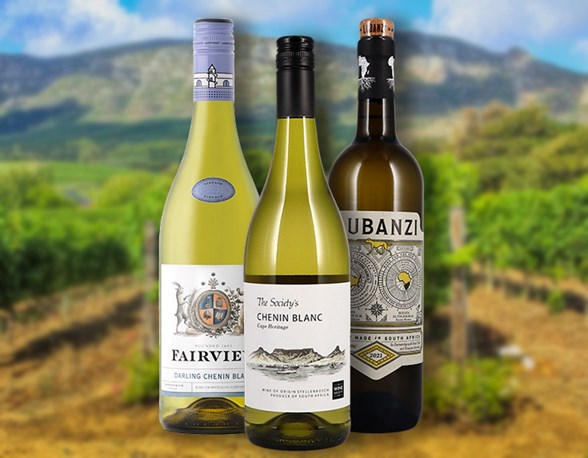 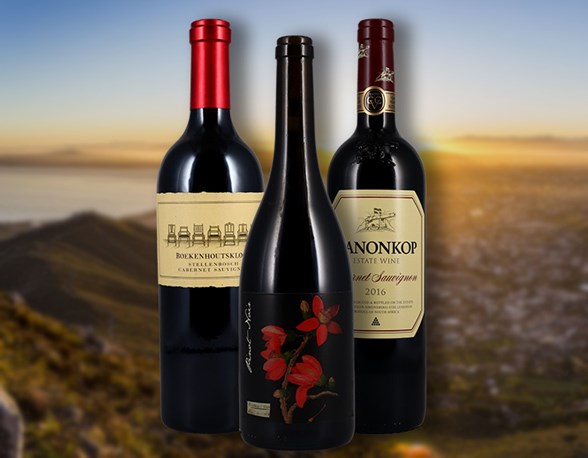 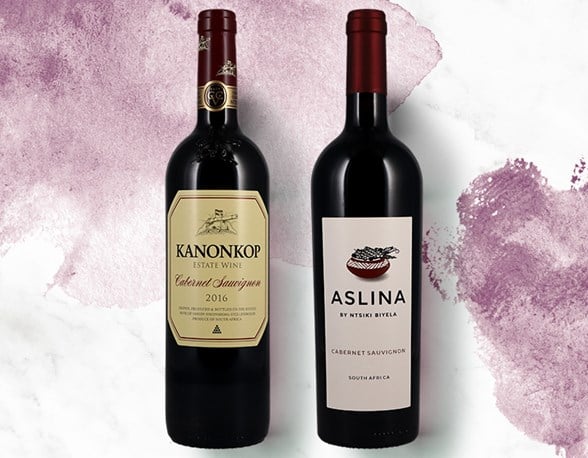 Cabernet vies with syrah as the cape's most-planted red grape and is at the heart of many of the best reds. 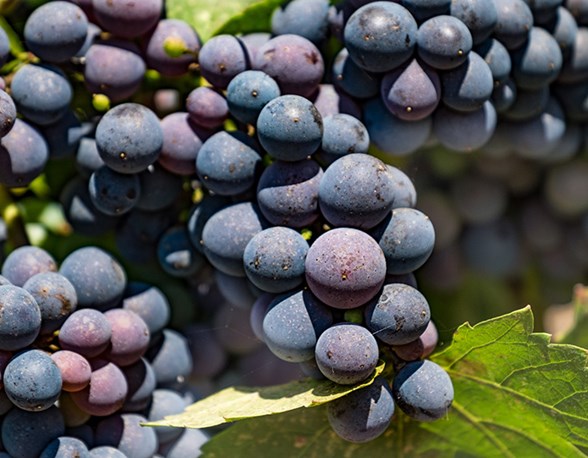 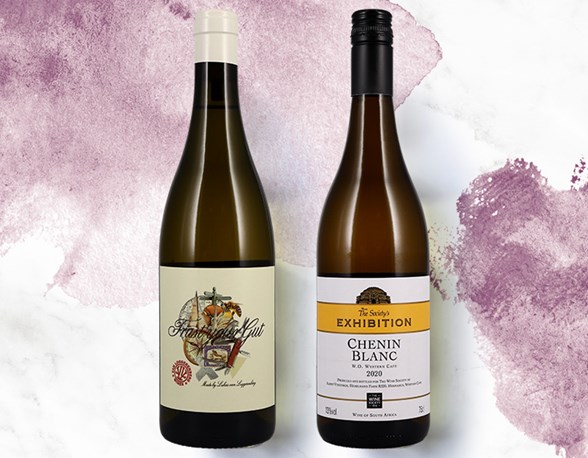 Chenin lends itself to a range of styles, from sparkling to crisp dry whites to full-bodied fine wines. 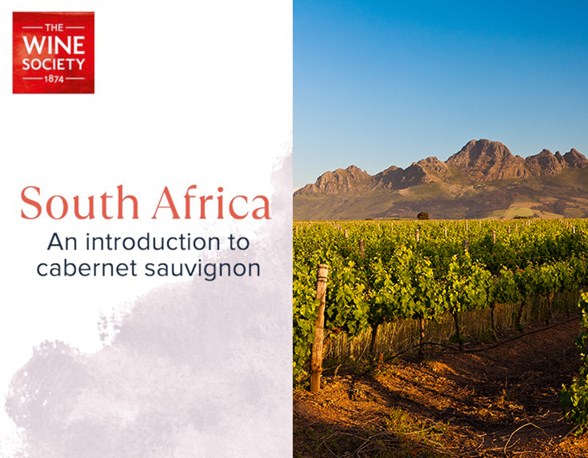 My name's Jo Locke and I am the buyer for South African wines here at The Wine Society, which I've been since I joined in 2004. And that was a real joy for me, because I had bought South African wines in a previous life, but I'd had a gap of about ten years and an enormous amount changed in that time. But I have to say even more has changed since, and for the better. It's the most exciting region that I'm currently buying wine from.

Now, as a previous buyer of Bordeaux wines, you won't be surprised to hear that I'm a lover of the cabernet sauvignon grape champion of the left bank in Bordeaux, most commonly used for blending in classic French wines. But it's a grape that stands well on its own, as well as in blends. It's a grape that is well structured. You can get lovely characters as the wine matures, of cedar, tobacco, cigar box, pencil lead, those are the classic pointers. When it's young, it's more berry fruit with a lovely freshness to it. Sometimes a grip of tannin, but in the warmth of South Africa you get an extra ripeness, which helps to moderate those tannins.

You get some super top examples where you will have very good use of oak and you get some very affordable wines. Probably the best rule of thumb is that at the lower price bracket, you're better off with a blend. The higher you go, you can safely rely on cabernet sauvignon, particularly from the Stellenbosch region, which has proved such a fantastic home for cabernet, and in particular the Simonsberg Mountain, which has really made a name for its cabernet in recent years. Most of the wines that you see labelled cabernet will have a splash of those other traditional blending grapes in them.

So, cabernet franc, merlot, malbec, petit verdot, increasingly, occasionally shiraz and sometimes cinsault. That's a traditional style in the cape, but by and large, the core of those wines, will be cabernet. And so that is a wine to explore. And I'm sure you will find flavours, myriad flavours. 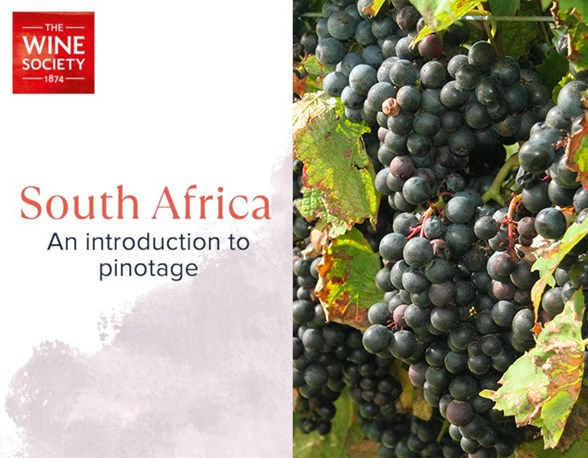 An introduction to South African pinotage

My name is Jo Locke. I'm the buyer for South Africa here at The Wine Society, which I've been since I joined in 2004. But I had actually bought South African wines in a previous life. It was a fantastic return for me after a ten-year gap, and so much have changed in that time and even more has changed since. So, it's one of the most exciting places that I buy wine, and I would argue that any of us is buying wine these days. Today I'm going to talk about pinotage, which is South Africa's very own red grape. It was actually created by a crossing, which many grapes are created that way, cross fertilisation between pinot noir and cinsault, which is originally from the south of France, and that happened back in the 1920s. Professor Perold at Stellenbosch University made that crossing, but the first commercial plantings weren't until the 1950s, so it took some time to actually get the grape material going. And then the earliest one of the famous names, Lanzerac, was the first commercial bottling, and there have been a few old bottles of that wine still around and they have aged incredibly well. Since then, in the 70s and even into the 80s, pinotage had a bit more of a checkered history. People didn't always love it. I went to South Africa on an MW trip, I think it was in 1985, and I was amongst our group in quite a minority of people who enjoyed pinotage. But it wasn't all good. Now, having said that, things have changed dramatically in the last ten years or so. The quality is really excellent and there's tremendous variety as well. You can get light, fresh styles made in a much more modern, accessible way. Great served cool, whether it's with a summer barbecue or even in the winter months, it’s a lovely wine to have with mushrooms. Or they can go full up to the big, traditionally vinified, open fermenters, big hefty reds tend to be quite high in alcohol. It's a grape that needs to be as physiologically ripe as possible. It gets naturally high sugar levels. Some people use French oak, some use American oak, some a bit of both. And all of these factors have an impact on the style. Some of the most serious, well-known examples are from Kanonkop, who make our Exhibition Pinotage for us. But there are other very well-known names. Beeslaar, which is the wine made by Abrie, who is the winemaker at Kanonkop, is one of the most celebrated wines these days. And there are myriad wines from all across South Africa, from the warmer regions right down to the cooler regions, which you won't be surprised to hear, tend to make those lighter, fresher, cooler styles.

So, it's a grape that's very versatile with food. I went to a fantastic tasting years ago where, in an Indian restaurant, and the only wine that went with every single tasting dish we tried was pinotage.

It's incredibly adaptable, so, if it's a wine you didn't used to like, I would urge you to give it another go. If it's a wine that you've discovered and you've enjoyed, try the different styles, because we have quite a range of different styles available at any one time, so it's well worth a look and worthy of your attention, I would say. Sometimes it'll bring out the pinot noir bit of its heritage, sometimes more the cinsault. But the two together make a really interesting and unique grape that's planted hardly anywhere else.

So, South Africa is your place to go for pinotage. 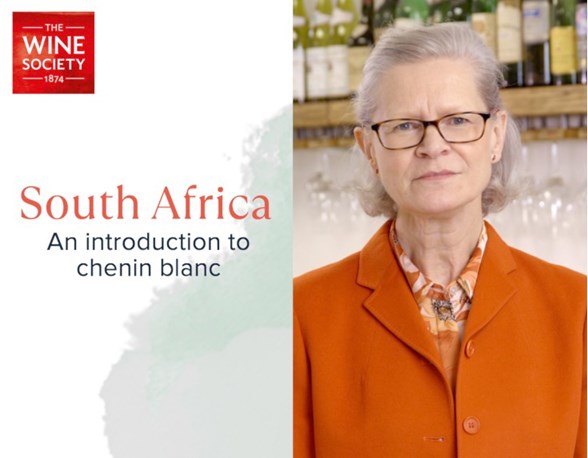 New to South African chenin? Buyer Jo Locke MW gives a quick summary of what to expect from these wines.

My name is Jo Locke and I've been a buyer here at The Wine Society since 2004, with responsibility for South Africa all of that time, which was a joy for me because I did buy South African wines in a previous life, but I'd had a ten-year gap and coming back to it was so exciting because so much has changed, and for the better. But what's interesting is that even more has changed since, and South Africa is certainly the most exciting region that I'm currently buying from, so I can thoroughly recommend that you explore it. Today, I’m here to talk about chenin blanc, which I'm on record as admitting is my favourite white grape, partly because I learned about wine initially in the Loire Valley, and that's where the chenin blanc grape originates, and it was taken to South Africa by French Huguenot settlers over 350 years ago. It was originally known as Steen, and you sometimes still hear it referred to that, but you don't tend to see that on labels anymore.

It's perhaps one reason why it's still South Africa's most widely planted grape of whites and reds. For years it made cheap-and-cheerful stuff, perhaps not South Africa's finest hour, but in the last two, three decades, the winemakers there have really realised what they've got, particularly the fantastic old vines that produce some of the top examples these days, either straight chenin or the Cape White Blends, which tend to be a base of chenin blanc, or an element of chenin blanc blended with other things. The Rhône grape varieties, viognier, roussanne, marsanne are actually quite a common grape to blend with them. The beauty of chenin is that it retains a certain freshness. It retains its acidity, it retains a minerality, even in those hot, dry temperatures of the Cape, including the Swartland region, which is home to many of those old bush vines. And it's those old vines that are low to the ground, rather sprawling. They're well protected from the heat of the sun, so they cope very well with the conditions.

Chenin is made in a wide range of styles, whether it's bottled as a solo grape or indeed in a Cape Blend. It's very versatile because it has some body, it doesn't have too strong a flavour, a little bit like chardonnay. You can put it through oak, you can turn it into sparkling wine, you can make really top sweet wine from it. So, there's probably a chenin blanc out there for everybody and I would urge you to try them, really well worth exploring. There are some fantastic new-wave, top-end chenin blancs these days, made by people like Lukas van Loggerenberg, Sebastian Beaumont at the eponymous estate down in Bot River. Thistle & Weed is one of the newer names. And of course, Chris Alheit, who makes our Exhibition Chenin for us, but also who made his name with the very famous wine Cartology, which is primarily old-vine chenin, with just a splash of old-vine semillon, which was another grape that settled very early in the Cape all those years ago. So, South African chenin, explore it for the everyday, but also for those special occasions. 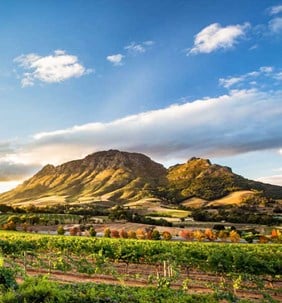 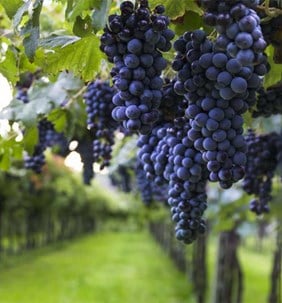 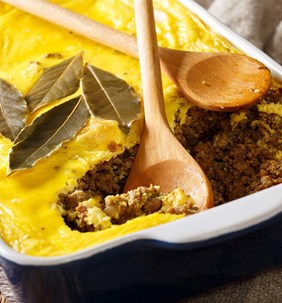 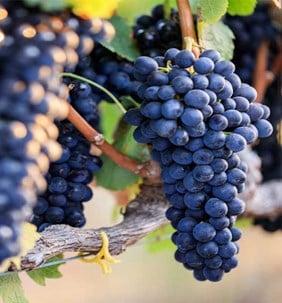 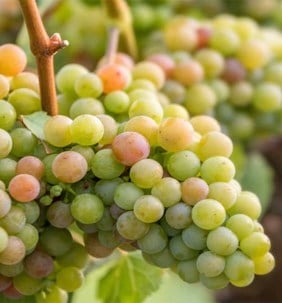