Their philosophy as winemakers is similar too – both aim to make single-vineyard wines from their family-owned properties with minimal intervention. Their intent is to make lighter, more approachable wines than the typical Barossa blockbusters of old. Looking after the land and giving back to society are not just nice boxes to tick: they are fundamental tenets for both, though their approaches are a little different.

This small family-run property was founded in 1982 by third-generation grape grower and Penfolds’ former head vineyard manager Martin Pfeiffer. It was planted with cuttings of Kalimna 3C Shiraz clone from one of Penfolds’ famous Grange vineyards in 1994 and the first wines were released in 1997. Sam, who took over from his parents in 2019 says that a love of the land was instilled in them from an early age: ‘When we lived at Penfolds, school holidays were spent sorting out recycling, even down to teabags!’ Sam says his mum was a driving force on the ‘green’ front and while they thought it was a drag as kids, he and his siblings are now really grateful that his parents taught them to take care of their surroundings, ‘be it dirt, trees, animals or water sources, you name it, we care about it!’ The Whistler property was originally used for crop and sheep farming and Sam remembers how, aged seven, he’d helped hand plant 3,000 eucalyptus trees around the farm as part of a ‘trees for life’ project. Sam’s mum Sally (whom he calls a ‘real Greenie’!)set up an area on the property to look after orphaned kangaroos, housed on 10 acres left to native scrub and vegetation on the estate. He recalls childhood holidays from which it was impossible to return without some poor stray animal that needed a home!

Taking over responsibility for the estate on his parents’ retirement, Sam said he wanted to re-evaluate everything, continuing organic and biodynamic practices on their farm and reassessing their carbon footprint. ‘We haven’t used a herbicide or pesticide on our patch of dirt since 2013,’ Sam tells us. The installation of a large solar panel system on top of their barrel storage shed allows them to create their own power and eventually they’ll be able to give power back to the grid. Water use is a hot topic in Australia and Whistler have recently decided to install rainwater storage capacity of close to 50,000 litres, which will make the winery self-sufficient, with no need to take water from the Murray River.

Sam says that for him, adopting a sustainable approach to the environment is simply about giving as much natural goodness back to the earth as possible, rather than taking from it. ‘I want this property to be left for my kids in a better shape than when I arrived. It's as simple as that.'

Down the road at Forage, it sounds as though Scott, too, is the product of his upbringing in terms of his social conscience. Scott tells us he grew up overlooking the vines on the property he now works on since his parents bought it 10 years ago. There’s a small cottage on the property, built in 1860 and last lived in by an elderly German lady called Elma Schrapel, whose carers Scott’s parents became, moving her into a unit adjoining their house. After travelling extensively in his twenties and working six vintages at Wolf Blass, Scott decided he wanted to give something back to the community: ‘I got a big passion for sustainability and social entrepreneurship during my travels and in 2016 teamed up with my best mate and former AFL player, Justin Westhoff to launch Forage Supply.’

From the outset, the aim of the pair was ‘to have the smallest impact on the environment and biggest impact on the community.’ They work closely with the homeless and with local schools and have built their business around five core pillars – Eat, Drink, Plant, Wear, Build. As well as donating food and new clothing to those in need, they offer them employment opportunities in the vineyards and bottling line. They teach local schoolchildren about growing food via several community gardens and buy back the produce for their food trucks and small catering company, closing a truly virtuous circle by donating food to homeless shelters.

Their latest project ‘Forage Built’ is a revolutionary initiative to help solve homelessness. Together with like-minded businesses and specialists they provide small sustainably built, transportable units designed to house one person but built in communities or ‘calyxes’. As well as providing a safe place to live and a degree of privacy, the set-up encourages social interactions to foster more of a sense of belonging. With that in mind, the homes are carefully sited close to amenities and services rather than being segregated from the wider community. The cleverly designed units can be relatively easily transported to different sites making them highly flexible to different needs and land availability.

As friends and neighbours (Sam says he and Scotty are always helping each other out, borrowing equipment, helping hand bottle each other’s wines and exchanging ideas) it’s not surprising that the Forage Supply food truck often caters at events at Whistler. As Sam says about his friend, ‘Scotty does heaps for the social needs of the community, more than anyone I know and it's amazing.’

We’ve certainly not come across too many wineries like Forage Supply Co. that put their social strategy front and centre of everything they do, building their business model around this from the outset. We’re pleased to say, the wines are equally commendable. 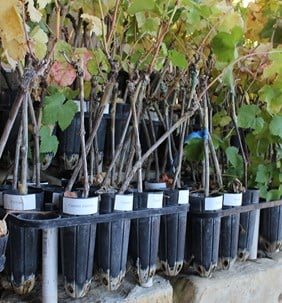 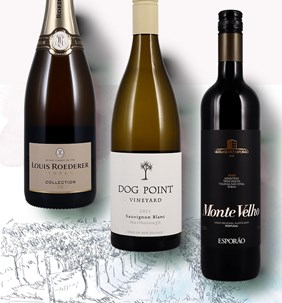