Don't think Covid-19 is special. Problems; we've always had them though few have caused such heartache and long-term distress to those most affected.

Many now face and will continue to face real difficulties, but in our world, wine, at least, may provide good cheer.

50 years ago in the UK there was a credit squeeze, rampant inflation, and a pre-Christmas postal strike unhelpful to mail-order companies pre-internet. The Import Deposit Scheme tied up much of the cash The Society needed to use. Cheese and pineapple sticks and tequila sunrise were omnipresent. The 1970 Wine Society List reflects different priorities from 2020.

Fortified wines, the aperitif in many households, started the List. 19 from Jerez, supported by no fewer than nine sherry-style wines from South Africa, Australia and Cyprus. All were shipped in bulk and bottled at Stevenage and the empty casks were then sent to Scotland to be used for ageing the Society's whisky fillings. Liqueurs, also bottled at The Wine Society, vermouths and cigars filled the back pages. The heart of the List was dominated by France, Portugal and Germany.

Members could find Ports from the 1960, 1963, 1966 and 1967 vintages of the quality that their predecessors nearly 100 years earlier had found in a similar contemporary range. Over 70 clarets went back to 1961 Lynch Bages and Montrose. We fielded 48 good German wines, but Italy, Spain and Australia were given short shrift and our buyers did not visit them. 1970 also saw our first members' tasting; claret and Burgundy, obviously. Turnover for the year was £1,286, 000.

1980s were not easy either with the miners' strike, unemployment at a post-war high and lots of increases in alcohol duty. But microwaves had arrived and Robert Runcie, a keen member of The Wine Society was Archbishop of Canterbury. The Society had begun to look harder at inexpensive wines with a range of Litre Carafes, and a good 'French Country wine' section. For the first time in 1980 there was a serious Rhône list and a well-chosen extended range from the Loire and Alsace.

Germany, still strong, included Franconia as well as Rhine and Mosel. The claret list, still extensive, went back to Cheval Blanc 1961 at £38 a bottle and a 1945 Senejac at £32, but there was little from outside Europe. 'At the time when everyone is feeling the pinch' said the Autumn 1980 List, 'we held prices'. The Annual Report revealed that of the 3,785 members elected in 1980, no fewer than 410 worked in medicine, an encouraging and important source of recruitment since our inception. The total also included a fisherman, a sculptor, a blacksmith, two racehorse trainers, two potters, a German vineyard owner and a crafter and pier master.

By the 1990s wine was no longer a minority interest

The decade of the eighties proved a good time to develop a consumer-related business and wine became no longer a minority interest. Things were looking up by 1990. Chairman of the Committee of Management, Christopher Bradshaw said, 'The Society is now really quite big. Last year (1990) it sold 57,713 of its members a total of around four million bottles. It organised the printing of 582 pages of information about its wines, received about 65,000 orders by phone and 174,549 by post. 8,000 members came to visit, to taste, to buy, to collect, to enquire or simply to inspect the premises...'

Members and The Society now owned a large new building clad in battleship grey which could readily be seen from trains on the main line from London to Scotland. Nelson Mandela had been released from prison, cranes were demolishing the Berlin Wall, but there were a lot of uncertainties ahead: from 1993, new EEC arrangements would come into effect, 1991 brought an economic recession, and, as might be inferred from the Chairman's comments, our internal systems were sometimes approximate, and computerisation to cope was rudimentary.

Nevertheless, our subscription scheme, Wine Without Fuss had successfully taken off (first introduced in 1988) and 57 tastings were held round the country plus, 26 smaller tutored events at Stevenage in our new Members' Room. We celebrated the new cellar with the launch of several Celebration wines; the red and white Celebration Burgundies were spectacularly good value, and good to drink two and a half decades later. The French Country wine sections numbered over 50 wines and the inexpensive ranges were divided into light, full and mature reds and fresh, dry and medium whites. There were 'party wines' in litre bottles and Bag-in-Box wine from Australia, and also beer.

General Manager, Barry Sutton, sold 3,000 cases of Bitburg beer when he revealed that I tended to drink it in the evening after a day's tasting in the Mosel. But the Autumn 1990 List shows that although we still listed 78 clarets, going back to Palmer 1970 at £75, we now had a proper Italian list, with 35 reds and 16 whites, Spain and Portugal, Australia and California had a decent showing, The Wine Society List was divided by grape variety, and Marcel Orford-Williams had sneaked in wines from the Jura. England was back in the list again, after a gap following a brief but unsuccessful flirtation with Hambledon in the '70s.

All existing members will have personal memories of the year 2000 and the dreaded millennium bug which didn't turn out to be quite the Doomsday that some predicted. From The Wine Society angle, it saw the completion of our third new warehouse on budget and on time, and the launch of The Society's website, one of the first in our industry to be fully transactional showing real-time stock, but soon to look old-fashioned.

October 2000 saw our biggest List ever. Toby Morrhall had by now done a thorough job in Chile and Argentina, which he continues to this day. South Africa was given proper representation, reflecting the increasing quality and range of wines available. There were lots more Champagnes to celebrate the millennium. The successes of the year reflected those of the last decade when Australia and New Zealand had doubled their share of the UK market with wines made with ripe fruit and a no-nonsense approach to naming them and selling them. The Exhibition range introduced to celebrate the millennium and our origins at the International Exhibition of 1874 appeared in 1998. We introduced over 1,000 new wines in 2000. Exciting times.

The UK crept out of recession at the end of 2009, but duty on wine had gone up 38% since 2004 and sterling had depreciated against the euro and US dollar, so people were looking for good value more than ever in 2010. Some sectors of the wine trade buying the cheapest pinot grigio or sauvignon available offered very poor wine as a result, while at the other end of the market international demand for iconic labels meant that wines like Lafite reached stratospheric prices.

So, though the 2010 List offered members very decent Chilean merlot at £4.95, and a very wide range up to £10 a bottle, the most expensive clarets and Burgundies disappeared from the List, though they were available to buy en primeur. 2010 and 2009 were highly successful vintages in many parts of the world, and The Society's determination to sell only good quality wines worked well. 12,200 new members joined that year. The Society gave no fewer than 104 tastings round the country. We began to make more use of social media, sending out our first tweets and joining Facebook in 2009, and more members used our website to order. Greece and Hungary appeared (or reappeared) on the List as we began to explore the increasing promise of wines from Eastern Europe.

So, much has changed since 1970. Members now place 68% of their orders digitally. Covid-19 has coaxed from us lots of activity with so much switching from the physical to the virtual in a short space of time. We've hosted more than 120 events online via Zoom, Instagram and our Community and even held our very first virtual Annual General Meeting.

And what of our List? The 2020 autumn edition shows 75 Society own label wines, reliable yardsticks of their kind, and including some new-comers already attracting a strong following: The Society's Greek White, The Society's Blaufränkisch, The Society's French Pinot Noir from the Languedoc and launched in this List, The Society's Portuguese Red from the Alentejo. There are no fewer than 47 wines and spirits under the Exhibition label, including a new Cape chenin blanc from master of this grape Chris Alheit.

The 'classic' regions of the world are all well covered. The USA is now properly represented, and the Spanish range, divided geographically, has dramatically improved with many bargains; there is an exciting range from Eastern Europe, wine from Uruguay, Lebanon and Morocco. The original 'Objects of The Society' 'to introduce foreign wines hitherto unknown or but little known in this country' 'to obtain wines direct from the growers'. 'And sold at the lowest possible price' are still upheld.

Communication may have changed dramatically since 1874 or 1970, but the same spirit of seeking and sharing good wine remains. 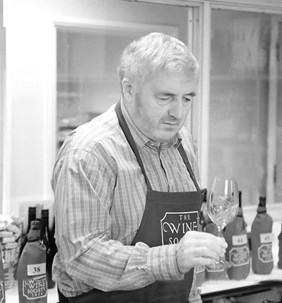 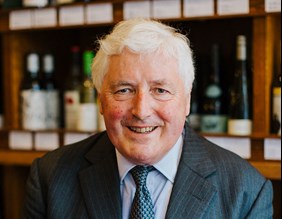 Expertise 'A lovely reward': Sebastian Payne MW on 45 years of en primeur at The Wine Society

Lifestyle & opinion How to Buy Whisky 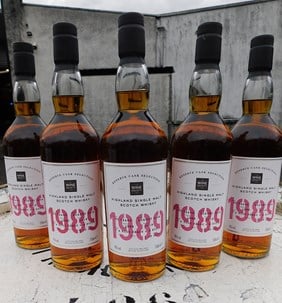 Lifestyle & opinion The Society’s Reserve Cask Selection whiskies: What’s all the fuss about?
Back to top