Luminaries, philanthropists and Victorian celebrities: Venerable members from our past

The Wine Society is a member-owned co-operative and as such it should come as no surprise that it is members that have shaped the course of The Wine Society throughout its whole history; from our founding and management through the years, providing funds for developments, warehouse builds and more. It is also unsurprising that such a great organisation should have attracted so many luminaries and great characters.

The esteemed creator of Sherlock Holmes and lover of the paranormal was elected to The Society in 1910. He was a member of many other private organisations, the Freemasons and The Ghost Club among them. It is obvious to see why he chose those given his well-known interests and body of work, so why us? Well, we think it’s elementary.

Madame Kirkby Lunn was one of the leading singers of her day. In 1895 she appeared in the first season of the Proms for Henry Wood (another prominent former member) whom she worked with for much of her career. Perhaps all of her performances in the Proms laid the foundations to her joining The Society, or maybe it was the chance to get her wine for a song.

Possibly our most impactful member, Fleming’s discovery of penicillin has had huge importance for the world: it is estimated that this discovery had saved anything up to 200 million lives! However, as the great man said himself, ’Penicillin cures, but wine makes people happy.’

Lord John Russell (Prime Minister 1846-1852 and 1865-1866) was a polarising figure. Whilst a staunch reformer looking to increase suffrage, his governments were largely ineffectual. Under his first ministry the response to the Great Irish Famine was botched leading to the ruin of the Whig party and his second nearly ended the Liberal Party. Luckily, we are still around.

One of England’s most famed conductors and a co-founder of the promenade concerts, Henry Wood was hugely influential in spreading classical music in England. He premiered in the UK pieces from Tchaikovsky and Richard Strauss as well as producing many of his own arrangements, the most celebrated being his Fantasia on British Sea Songs. What better way to end an evening than with the Hornpipe and Rule Britannia!?

Noted Nobel-winning author, Galsworthy was a forward thinker, questioning of suffocating Victorian morality and a proponent of women’s rights and prison reform. Inspiration for the second and third instalments of his most notable work, The Forsyte Saga could have struck while enjoying the fruits of a Society delivery.

Spencer was likely the most influential philosopher of his day and is best known for his work building on Darwin’s Origin of Species, coining the term ‘survival of the fittest’. It seems as though he is still influencing the way we work to this day: ‘Society exists for the benefit of its members, not the members for the benefit of society.’ 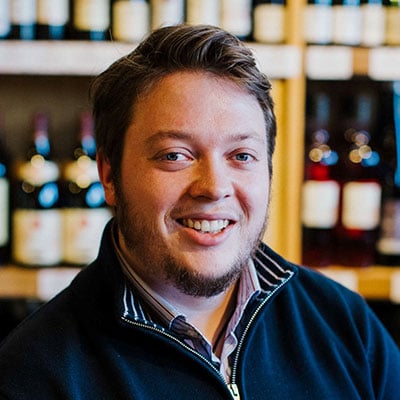 Hugo joined The Wine Society Member Services team in 2013 and has since completed his WSET Diploma and made a move into marketing. His joint passions are for cooking, whisky and fine wine (though not always at the same time).