There are two main problems: There are hundreds of native grape varieties that are still in production across Italy's regions which themselves span a long and distinctly regional country and Italians do not label and name their wines consistently from region to region or grape to grape. For example, wines can be named simply after the grape they are made from – such as The Society's Pinot Grigio. But wines can also be named after the regions or town they come from – such as The Society's Chianti Rufina.

And even more confusingly, within Italy some towns have the same name as grape varieties, but grow something else entirely! A good example is montepulciano: as well as being a grape variety widely grown on Italy's central eastern coast, and the grape behind our delicious, cherry-scented Society's Montepulciano d'Abruzzo, Montepulciano is also an ancient town in Tuscany, where a highly prized fine wine called Vino Nobile di Montepulciano is made using a completely different grape, sangiovese.

However, don't despair! Italy is perhaps the most exciting wine producing country right now, and once you begin to explore, learn a few key grape varieties and towns, I am confident that you will start living la dolce vita!

On the French and Swiss border, encompassing Genoa, Turin and Milan, this is the region that has most consistently made high quality wines. The red nebbiolo grape is king here, and although local consumption has always supported its local wine producers, export across Europe has always been strong. The reputation of these fine wines are on the up – keep an eye on this region if you are building a cellar!

Barolo: a sub-region within Piedmont (about an hour's drive south of Turin) that is world famous for its red wines made from 100% nebbiolo, aged by law for at least three years before release. Usually very high quality with high tannin and acidity levels and rose and tar aromas, which allow the wines to age beautifully for many years. We often offer the top wines en primeur.

Barbaresco: a sub-region to the east of Barolo, within Piedmont that is also world famous for its red wines made from 100% nebbiolo aged by law for at least two years before release. Usually very high quality, a little finer perhaps than Barolo, but still with a firm fresh structure, and floral and spice aromas. Look out for en primeur offers of these wines too.

Langhe Nebbiolo: this is gaining a reputation, so I have included it here, but it simply refers to the wider regional labelling name for nebbiolo from the Langhe, which is the area surrounding Barolo and Barbaresco. Frequently, wines that are not aged for the minimum periods mentioned above may also be labelled as this, so could be seen as a 'mini-Barolo/Barbaresco' and as such can offer a great opportunity to get a feel for the grape and this style of wine at a lower price. A fine bouquet and lower tannins are characteristics of Langhe Nebbiolo.

Gavi (di Gavi): a sub-region within Piedmont that is famous for its white wine production made from the cortese grape, sometimes known as Cortese di Gavi they are so intrinsically linked. The best examples are very attractive, usually unoaked, fresh, dry crisp wines, with lemon, peach and mineral flavours.

D'Alba /d'Asti: these two towns within Piedmont are often referred to by name coupled with the grape variety that has been used. For example Moscato d'Asti or Barbera d'Alba. This denotes a higher quality suggested by the regional association.

Franciacorta: a sub-region of Lombardy near Brescia, but also the catch-all name for a traditional method sparkling wine that comes from here. Often made from Champagne varieties chardonnay and pinot noir, but sometimes also pinot bianco (blanc). These wines have risen in popularity recently but are often quite pricey for what they are.

This region that borders Germany, Austria and Slovenia and encompasses Venice, Verona and Lake Garda is not the largest by size, but it exports more wine then the rest of Italy put together! The north-east has a history of exporting large volumes of hugely popular styles of wines – Valpolicella, Pinot Grigio, Prosecco or Soave. This commercial drive centres on Veneto and to a lesser extent Friuli, whereas by contrast Trentino and Alto Adige are much more niche regions with more French and Germanic varieties crossing the border into the picturesque slopes.

Valpolicella: these red wines are made within a sub-region of the Veneto that stretches east from Lake Garda, across Verona to Venice. The wines are often a blend based on corvina, but often including small amounts of rondinella, and molinara. When labelled as 'Valpolicella' or 'Valpolicella Classico' these are often light red wines, whereas the best can show great freshness and cherry/berry appeal.

Amarone: this red wine is from the same sub-region and made using the same grapes as Valpolicella. However, historically the winemakers of this light red wine have found a way of strengthening it, and creating a more full-bodied wine. This is done by partially drying the grapes in a process known as apassimento, to reduce the water content, and concentrate the flavours and sugars left. These raisin grapes are then fermented creating a fuller wine, with richer sweeter flavours – creating an Amarone. Amarone must also be aged for a minimum of two years before release.

Bardolino: this is a sub-region of the Veneto that borders Lake Garda. The red wine made here is often a little lighter than its neighbour Valpolicella, and although also based on corvina, there is often a slightly higher percentage of the rondinella grape.

Prosecco: this hugely popular sparkling wine is from the north-east of Italy, from a sub-region of the Veneto to the north of Venice. The grape variety is called glera, but is also known as glera di Prosecco. The wine is made by the closed tank method, which preserves the primary fruit flavours, making a very appealing pear and floral scented sparkling wine. The best of these are produced on the hillside slopes where the grapes retain more natural acidity; look out for the town of Valdobbiadene which makes some great Prosecco.

Soave: this is again a sub-region of the Veneto based around a lovely castle-topped town of the same name. The white wines here are made from garganega and are usually unoaked, dry, crisp and can be utterly delicious! The best also age wonderfully (and not dissimilarly to white Burgundy).

Lugana: this sub-region borders the southern end of Lake Garda, and actually straddles the Veneto to the east and Lombardy to the west. The white wines here are made from verdicchio which is known as turbiana or more confusingly also trebbiano di Lugana (confusing because it doesn't taste like trebbiano from Tuscany!). Verdicchio would be in the running for Italy's greatest white grape when looking at potential quality, and the best Lugana can be fantastic – mineral, with depth, texture, length and the ability to age. Less premium examples meant for drinking in their youth can have a great refreshing tangy citrus and mineral character and are well worth a try.

This region is a little hard to define, however it stretches across the Apennines from Bologna in the north to Rome in the south - the area that could be seen as the 'calf muscle' of Italy's booted leg. Tuscany to the west is the most famous of the regions, and is home to the sub-region of Chianti, but Abruzzo on the east coast (centred on the town of Pescara;) has also gained global recognition for its great-value, versatile and juicy montepulciano red wines.

Chianti: a sub-region of Tuscany, this is a large area stretching south from Florence, and encompassing Siena. If a red wine is labelled Chianti it must be made from a minimum of 80% sangiovese and made within this area. In the 1930s the area of Chianti was divided into seven sub-regions, the largest of which is Chianti Classico, which incorporates the older areas associated with wine production like the villages of Greve, Radda and Panzano. Chianti Classico wines are also marked with a black cockerel emblem. The other six sub-regions are Colli Aretini, Colli Fiorentini, Colline Pisane, Colli Senesi, Montalbano and Rùfina. Chianti Rufina along the Arno Valley, north-east of Florence is the best of these and home to some of the cooler northern vineyards at elevation that can produce very elegant styles of Chianti.

Brunello di Montalcino: this is a small region surrounding the hilltop town of Montalcino within Tuscany. It is to the south of the Chianti sub-region but also focuses on sangiovese, making some very fine, full-bodied age-worthy wines. Look out for Rosso di Montalcino – the area's 'second label' as it were – where you can buy a smart wine in good years.

Bolgheri: a relatively new Tuscan sub-region on the warmer western coast, Bolgheri has gained a global reputation through the 1980s-1990s for producing very good cabernet sauvignon, in the style of a Bordeaux look-a-like.

Orvieto: a wine region based around the town of Orvieto in Umbria. It is famous for its white wine of the same name, often a blend based on the grechetto grape. Look out for 'Amabile' which is an off-dry style, and 'Muffa Nobile', a fully sweet wine that has been affected by noble rot (aka botrytis).

Rosso Piceno and Rosso Conero: based in the Ancona hillsides, these two sub-regions of Le Marche can go under the radar a little. However, they both make a blend of montepulciano and sangiovese, which can be a great, juicy-yet-structured and nicely tart red wine.

Frascati: 20 miles south of Rome in Lazio, this sub-region is based around the town of the same name. It is an historically significant region having been the preferred wine of the ancient Romans. The famous white wine made is often a blend of malvasia and trebbiano.

Montefalco: a full-bodied red wine from Umbria based around the town of Montefalco, made from sagrantino. Look out for Rosso di Montefalco wines too which usually have a little more sangiovese in the blend softening and lightening them a little.

When driving from winery to winery in the depths of southern Italy it feels a long way from Turin! The southern Italian regions have an amazing number of local grape varieties offering a treasure trove to wine drinkers who like to explore.

Common wines from southern Italy and the islands:

Biferno: a sub-region of Molise where a charming full-bodied red blend is made from montepulciano, aglianico and trebbiano. This can be a steal!

Salice Salentino: a sub-region of Puglia famous for its full-bodied ripe negroamaro reds.

Brindisi: a coastal sub-region of Puglia known for its spicy negroamaro reds.

Manduria: a sub-region of Puglia famous for spicy full-bodied primitivos.

Etna: not only the largest, most active volcano in Europe, but also a wonderful sub-region of Sicily making fine reds from nerello mascalese and whites from blends of catarrato and carricante. 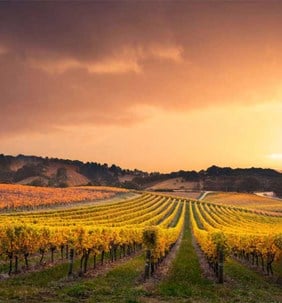 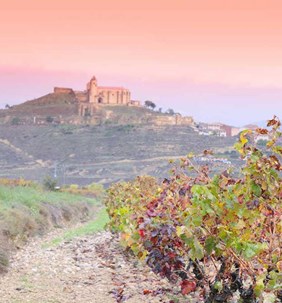 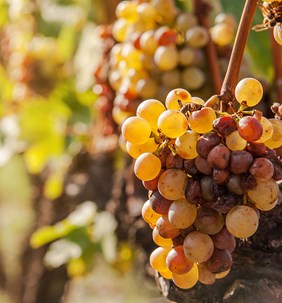 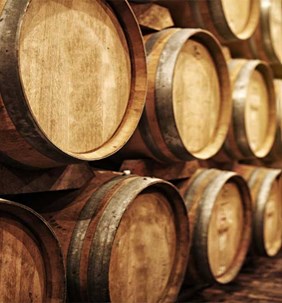 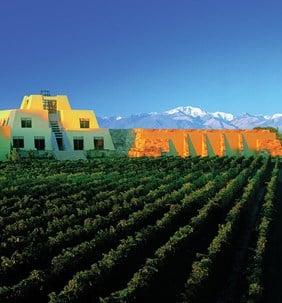 Regional guides The ultimate guide to Argentine wine
Back to top