At present, the USA holds that distinction (with the UK in second place), but China has more than four times as many citizens as the USA, and the per-capita alcohol consumption among drinking Chinese (under half the population at present) is higher than in the USA or UK. Most Chinese opt to drink spirits or beer, but wine consumption is soaring (up by 26 per cent in just two years between 2014 and 2016, though it has slowed to around seven per cent per year since).

The Chinese regard wine as healthful and prestigious, and most wines drunk in China are red – a lucky colour. More importantly for the long-term, though, are the cultural synergies. Chinese culture has long celebrated not just the drinking of alcohol but the aesthetics of inebriation, as anyone who reads the great Chinese poet Li Bai and his T'ang contemporaries will know. There is no embedded religious disapproval of alcohol to overcome.

Chinese drinkers immediately grasp the concept of terroir, too, since that is exactly how tea works. One plant (Camellia sinensis rather than Vitis vinifera), different cultivars, different preparation methods and different distinguished sites add up to the 'one thousand teas' or more produced in China. Tea is made from leaves and wine from fruits, but the dazzling variety of articulation and delight in connoisseurship is the same.

And then ... there's food. Once again, Chinese culinary traditions easily match those of Europe for intricacy and complexity, and the Chinese relationship to food seems less troubled than those now prevalent in the USA and Europe. The Chinese love to eat and celebrate eating, yet just six per cent of Chinese citizens are obese compared to 39 per cent of US citizens and 29 per cent of UK citizens. 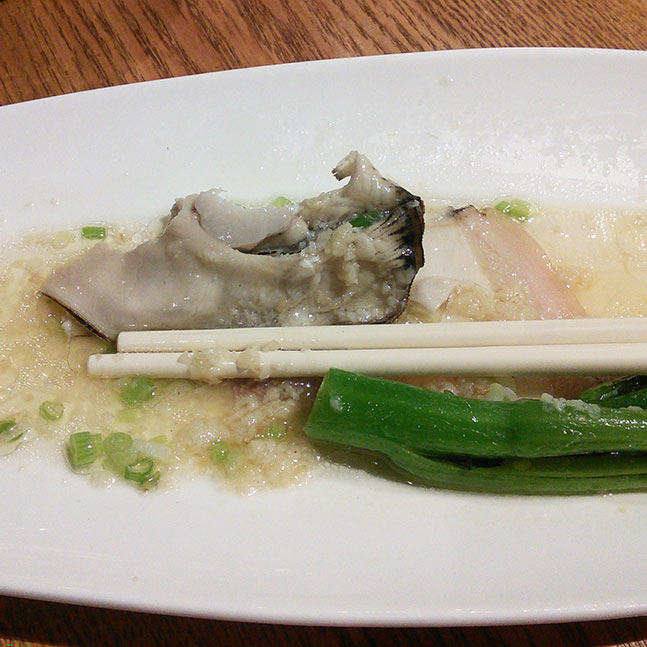 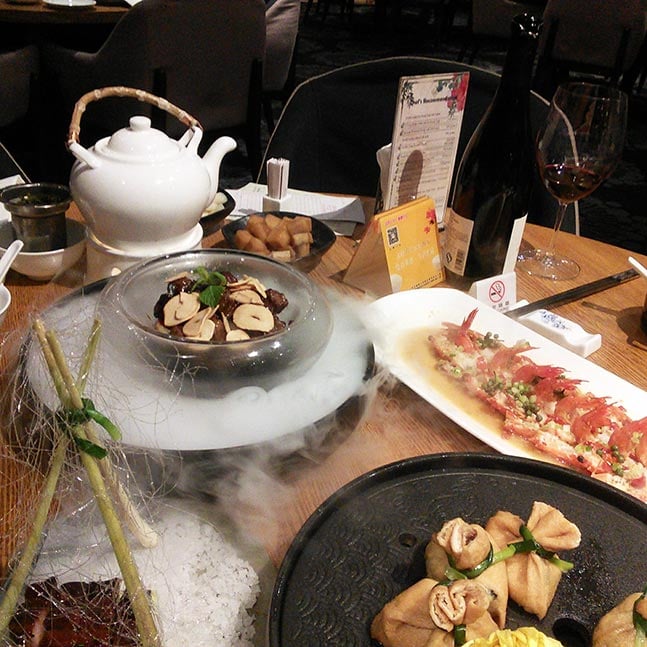 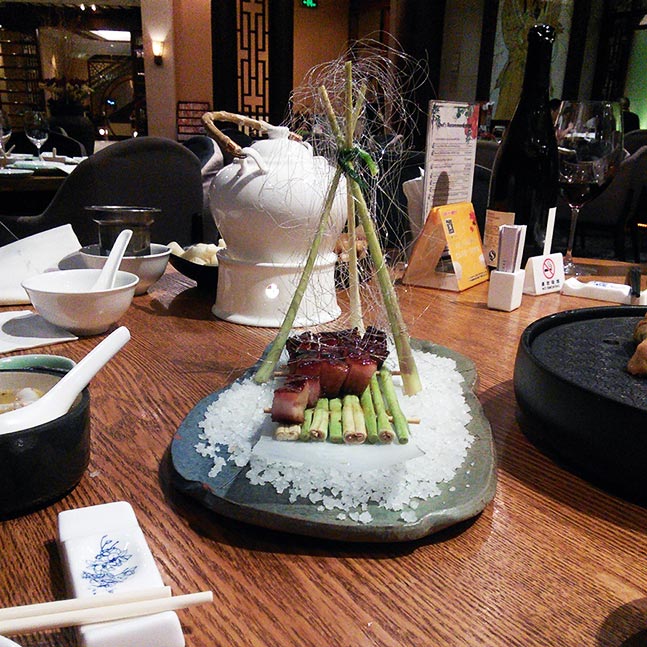 Moreover, the Chinese eat a far wider range of foods than Westerners. In four visits to the country, most recently last August, I've eaten boiled mutton, lamb hoof, lamb tripe, jellyfish, pig-skin jelly, bracket fungus, peach-tree resin, fish lips, goose feet, mulberry-tree shoots, abalone (gigantic sea snails) and sea cucumber (a kind of amply nippled sea worm). Just shut your eyes and chew; these items are often eaten more for the pleasure of texture than flavour. Many sauces and broths are exquisite, as are Chinese fish and vegetable dishes. My only complaint is that the rice comes too late, at the very end. And that daily salt ingestion feels too high.

As a wine-and-food-matching sceptic, I'm at home in China. Any attempt to match a certain wine with a certain dish is doomed there: a meal for four will put half a dozen wildly contrastive dishes on the table, even before you have reached for sauce or pickle additions. For a larger party in China – twenty to thirty dishes, say, with half a dozen wines – the result is a two-hour firework party. You don't enjoy wines any the less; indeed, tasting them with a wide variety of dishes puts them through their paces and expands their expressive range. 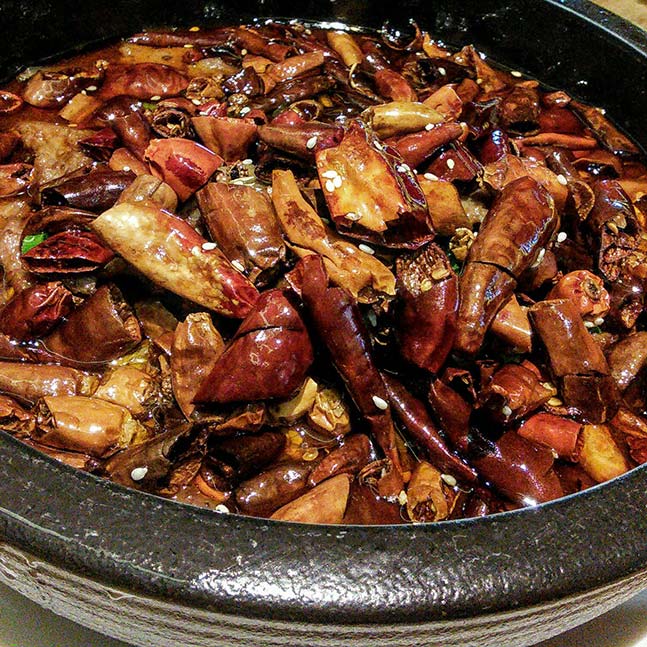 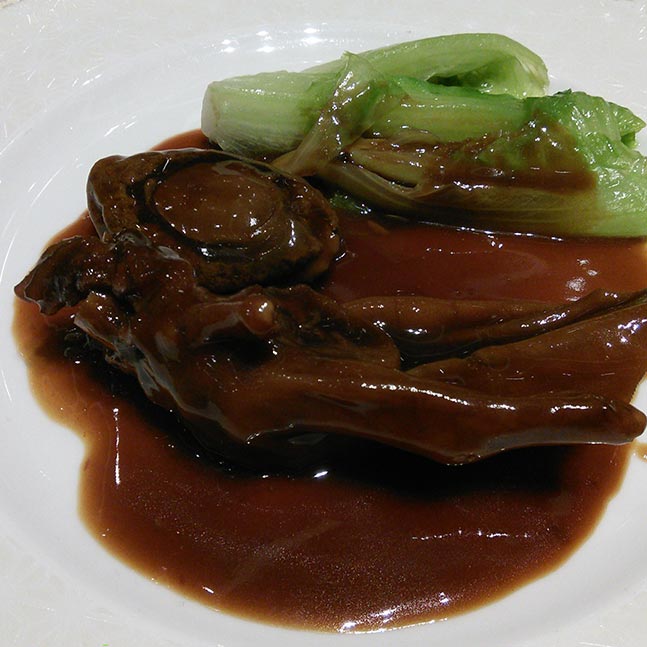 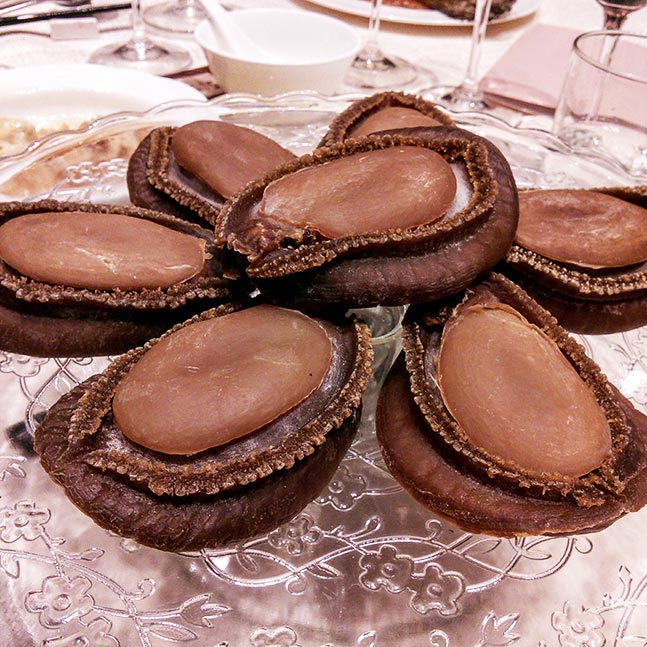 The one drawback is that the result can be a bit chaotic and noisy; perhaps the European approach is better for the deep contemplation of a simple harmonic alliance between one wine and one dish. No one is right, or wrong. We are, as usual, left with the joy of difference.