It’s tempting to view long-established vineyards, steeped in tradition, as set in their ways or slow to adapt. On the contrary, ground-breaking work on sustainability is going on here just as it is in those regions more-often recognised for their dynamism in this area, it’s just that we may hear less about it. What is true for all wine regions is that it’s often visionary individuals who drive change, as illustrated by the two estates under the spotlight below.

The Frey family bought the grand old firm of Jaboulet Aîné, and its 120ha of vines in 2006. At the helm is Caroline Frey who, just three years previously, completed her wine studies at the university of Bordeaux, finishing head of her class. This exceptionally talented young winemaker, equally committed to responsible viticulture and the restoration of balance to the land, immediately set about introducing organic and biodynamic practices to all the Frey family properties, which include Château La Lagune in the Haut-Médoc, and Château Corton C. in Burgundy’s Côte d’Or, all requiring very different approaches. She also has two hectares of her own in the Swiss Valais. Since 2016 all Jaboulet vineyards are certified organic, with biodynamics practised at a high level, but Caroline’s vision of working in partnership with nature goes further. Grape growing is effectively a monoculture that depends on biodiversity, which, for her, can only be achieved through careful husbandry not only of the vineyards but of the land around.

With that in mind, hundreds of trees have been planted around their properties, while substantial organic fruit and vegetable gardens keep Jaboulet’s restaurant Vineum and staff in fresh produce. Two specially created nature reserves in Crozes-Hermitage, one at the heart of Domaine Thalabert, the other at Domaine de Roure are refuges for myriad wildlife, including the all but endangered ocellated lizard. The local community and schools are very much engaged by regular nature-watching initiatives that remind people of all ages of the importance of living in harmony with other species.

Taking this approach even further, in 2017, Caroline created Continuum, France’s first biodiversity association, bringing major companies in the region together to preserve the ecosystem of the Drôme. It’s projects such as this that doubtless secured a well-deserved win for Jaboulet in the biodiversity category of last year’s Drinks Business Green Awards. The wine in the glass certainly bears witness to Caroline’s vision, talent energy and skills. Quality has rarely been better and a much-loved name that has resonated with members for many years could not be in better hands.

A collaborative approach in Saint-Julien

The stand-alone splendour of grand Bordeaux châteaux, particularly on its prestigious left bank doesn’t immediately evoke a sense of community. Eléonore Pairault who, with her parents, manages the family properties – Châteaux Teynac and Les Ormes in Saint-Julien and Château Corconnac in the Haut-Médoc – would disagree.

The Pairaults are unusual in Bordeaux. With no wine background, they followed a dream when they fell in love with tiny Teynac, moving here from Paris in 1990. Their original 4.5 hectares were dwarfed by famous neighbours, such as Gruaud-Larose, over the way. But, they were immediately welcomed and supported by this ‘most family-friendly of the Bordeaux communes.’

From the outset, sustainability was central to their approach and their achievements are impressive. Both Teynac and Corconnac have earned both ISO14001, and HVE (Haute Valeur Environnementale) certification, which they gained with the 2016 vintage. ISO measures a company’s overall impact on the environment, while HVE is France’s highest level of environmental certification, focusing on fertilisers, treatments and water resources, as well as biodiversity, renewed annually.

Eléonore insists that these could not have been achieved without the help of Système de Management Environnemental. (SME). This Bordeauxwide volunteer-based association was set up to promote knowledge-sharing, from land management to practical workshops for tractor drivers on how to measure and reduce fuel consumption.

Like the Freys, the Pairaults preserve surrounding woodlands and wild meadows and plant native hedgerows to encourage insects, bats and birds. Vines are fertilised with manure from local farms, pests are controlled not with insecticides but sexual confusion techniques, and rainwater is collected and used wherever possible.

Following in her parents’ pioneering footsteps and wanting to make practical use of her background in aeronautical engineering, Eléonore recently set up a new venture with a local start-up. Using drone photography they are able to pinpoint early signs of disease in the vineyards allowing clients to keep treatments to a minimum. Another example of looking beyond the domaine’s gates to improve sustainability for all. 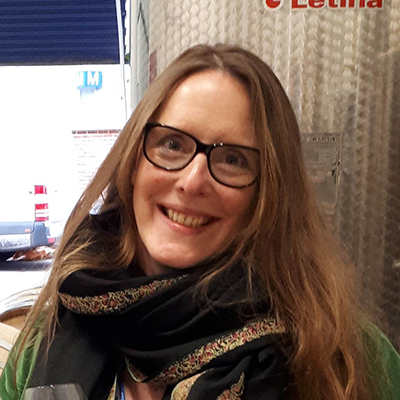 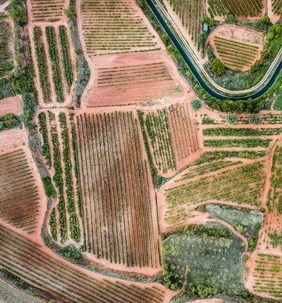 Environment Sustainability in Spain: Preserving the old & embracing the new 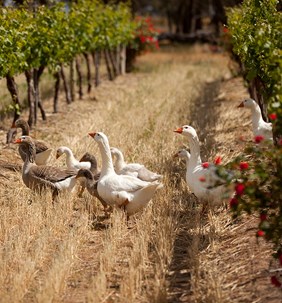 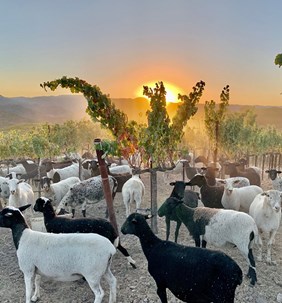 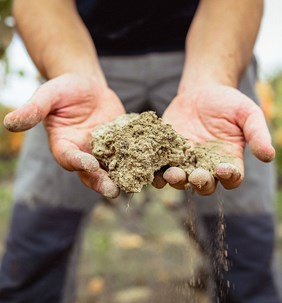 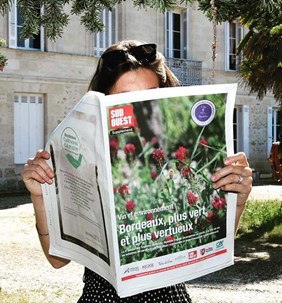 Environment Sustainability in two classic French regions: the Rhône & Bordeaux
Back to top