2021 is a likely to produce fresh and aromatic wines of high quality from this cool year, with some similarities to 2016. The cool years tend to produce the best wines in Argentina, with more intense aromas, intensely fruity and fresher palates and lower alcohols compared to warmer years.

There was a spring frost with damage particularly in Altamira, and some, though less in Luján de Cujo, and rain at flowering which produced some millerandage, the uneven fruit set also known as 'hens and chickens'. Although December and January were warm, February was cold and wet and there was highish rainfall of 283mm between January and March, causing some outbreaks of mildew and botrytis. However, the vineyards are planted on free-draining soil to mitigate the effects of such rainfall and also a cool March contained these diseases.

The vintage is about 10 days later than average and so véraison (colour change) and the beginning of ripening began in cool and humid conditions. As I write only half the crop has been harvested. It is a good year for white wines. Malbec grapes had a lot of colour and thick skins so a very light maceration was made to avoid overextraction. Cabernet is yet to be picked.

What to look out for

Brought to Argentina from France before phylloxera by Aimé Pouget, in 1853, Argentina has a large gene pool of malbec, often with smaller berries, giving more colour and it has sweeter tannins, when grown on its own roots, than the firmer strains of grafted malbec found in Cahors, France today. Catena made a massive trial of about 300 different strains of malbec, selecting the very best for planting in their vineyards. It's the basis for the high quality of the Society's Exhibtion Malbec, which is on top form.

There are many ancient vineyards of malbec, over 80 years old, which were planted to a high density, about 5,500 vines/ha, which produce excellent wines. Try Mendel's wines, for example, whose main malbec vineyards were both planted in 1928. That which surrounds the winery at Drummond goes into the varietal malbec, while that planted at Perdriel goes into the Unus blend.

Even in the simplest of years, it's almost impossible to give a blanket summary of an Australian vintage across all wine-producing regions, in the same way we can't say that the entirety of Europe had a good or bad vintage. One vintage that is almost an exception to this is 2018, which was excellent across a lot of Australia, particularly Margaret River and Barossa.

2020, on the other hand, will be one of the hardest vintages in recent history to try and summarise.

Anyone following the news will have been aware of the devastating bush fires which happened across Australia in the summer of 2019-2020. By March 2020, a total area of almost 12 times the size of Greater London, or over 46 million football pitches (72,000 square miles) had been burned. It would be easy then to write off the 2020 vintage as a disaster and assume that smoke taint will have affected everything produced. However, it is not that simple. A lot of the fires were localised and there were stories of one winemaker's vineyard being completely destroyed while their neighbour's was almost untouched; and, depending on the way the wind may have been blowing, the chances of smoke taint would then be higher or lower.

Hunter Valley was badly affected, and this has caused some serious issues, with some producers opting not to make any wine from 2020. 3,389km away, it was, unsurprisingly a different story, with producers saying they had seen little evidence of fires near the vineyards. Adelaide Hills was badly hit in areas. However, yet again, it is impossible to give a blanket assessment as quality so far has been excellent from some of our key producers there.

Some areas, such as Yarra Valley, were hit with severe rain around harvest, which made conditions difficult. On the whole, though, what I have tasted so far has generally been very good and if anything, this is a vintage which shows the value of working with good and honest winemakers.

This is a vintage which has really been a test for me and I have ensured that I am vigilant and only secure the wines for members which have avoided the difficult conditions as much as possible or have winemakers that I know have the skill to craft something spectacular even in the most challenging of years. Due to smoke taint often taking a while to become evident in wines, 2018 and 2019 look like far better vintages for laying down.

It's been a cool and humid year. A devasting downpour of about 150mm in one and a half days at the end of January affected some of the warmer, more advanced vineyards, especially the higher-yielding vines, where thinner skins were more susceptible to botrytis. Chile's climate is usually so dry that vineyards are not routinely sprayed against botrytis, but any treatment would have been washed off by such rainfall.

Nevertheless, there will be some excellent lower-alcohol, higher-acidity wines from the best, lower-yielding vineyards, especially in Maipo and Maule. The quality will be less good for the entry-level wines, where ripening is delayed by higher crops.

Some of the coastal vineyards have struggled to ripen, and are two weeks behind a normal year, with much sauvignon blanc not picked as I write. Pinot noir has been harvested and quality is mixed: there are some lovely wines with lower alcohol (12.5%) and higher acidity while others are a little green.

Some of the earlier ripening varieties such as syrah were badly hit by botrytis. For the later varieties like carmenère the rain occurred before véraison (colour change) when the grapes are hard and green and resistant to rot.

Rain again occurred before véraison for cabernet sauvignon so there was little damage. In the mid and top-quality vineyards with low to moderate yields there will be some superb wines, again with higher acidities and lower alcohols than normal.

In the best vineyards nearer the coast the summer downpour was only 10mm and this was a good, warm but not hot vintage. Expect some excellent wines from cariñena and garnacha.

What to look out for

2018 produced excellent Maipo cabernet sauvignons. Members who thought The Society's Chilean Leyda Pinot Noir a little austere will find that 2020 has some riper fruit in the blend and a little more new oak to add sweetness and perfume. More and more interesting wines emerge from the Itata Valley, notably a couple of cinsauts, from old bush vines planted in the 1950s and 1960s, and an old-vine semillon.

2020 was a second excellent-quality vintage in a row for New Zealand. It was an early and low-yielding year but fruit was superb on the whole. Coming after 2019 which was also very good but slightly low yielding, the lack of fruit in 2020 has put significant pressure on the industry and early reports of an even smaller (but also excellent) 2021 vintage are doubtless going to affect the price and position of Marlborough sauvignon blanc in particular.

This was another year which produced ripe, rounded and generous sauvignons, which we made available to members towards the end of 2020 and have been very well received. The red wines are now starting to appear at the time of writing, with our brand-new Exhibition Marlborough Pinot Noir 2020 launching this summer. We worked with Brian Bicknell of Mahi Winery to create this wine and thanks to the excellent fruit from 2020, the result is a pinot noir with excellent balance between body and freshness.

Stocks are already looking extremely tight of the 2020 vintage, thanks to the increased demand of the USA market as well as the incredibly high demand that we have seen through Christmas 2020 and into early 2021. Some members' favourites will have sold out before the new vintage arrives and finding new products to fill the gaps that are of the quality members rightly expect is extremely difficult.

2020 chardonnays from the likes of Kumeu are highly anticipated and look to be another vintage not to miss out on and the top-level sauvignons such as Dog Point and Cloudy Bay are particularly excellent.

At the time of writing, the Cape is coming to the end of the long southern hemisphere harvest. And the news so far is positive. The severe drought of 2015 to 2018 is not yet a distant memory, but with dams replenished and a cooler winter with less wind, South Africa was all set up for harvest, despite the impact of the pandemic and regular power outages. Harvest started later for most, and this delay was compounded by some rain in March, prompting a rush to bring in the last of the white grapes. February did not have the same extreme heatwaves of some years, all of which allowed for longer, slower ripening, especially for the later-ripening red varieties. Having tasted my first 2021 sample I'm excited to see and hear more.

With sales having been so restricted in the home market over much of 2020 there is a certain amount of wine still sitting in bulk but it will require careful assessment. Many more wines from the very good 2020 vintage are now in bottle and will certainly be worth looking out for, especially chenin blanc and chardonnay at this stage. 2015 and 2017 remain the standout vintages of the last decade.

For another year in succession, California and Oregon's vintage news is, sadly, overshadowed by that of devastating wildfires. In 2019, these occurred in mid-to-late October, but in 2020 they raged through August and September, a body blow for the grapes. Many acres of vineyard were left unpicked owing to smoke damage and although those regions unaffected by fire have made great wines, this is a vintage that will require very careful buying on our part. Those regions which were unaffected by the fires made great wines, but inevitably there will be some mediocre, smoke-tainted wines on the market from elsewhere in this vintage; although looking at the volumes made, it does look like many wineries have chosen to bottle less in 2020, picking the eyes from parcels available.

The impact of the pandemic on the global licensed trade does mean, however, that the 2019 vintage is still on hand to step into the breach. These wines continue to look very good, and at the £10-plus price point, a wide variety of 2018s, 2017s and 2016s from the classic regions mean that there is plenty of excellent American wine to be grateful for. 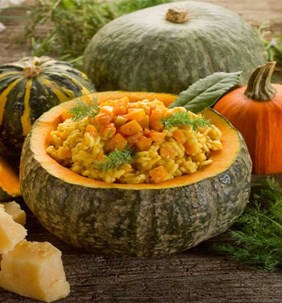 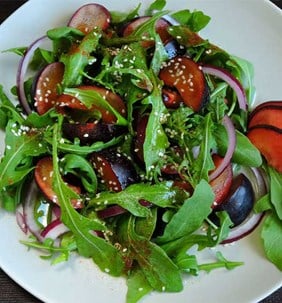 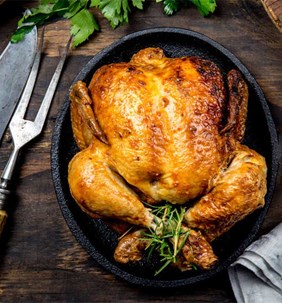 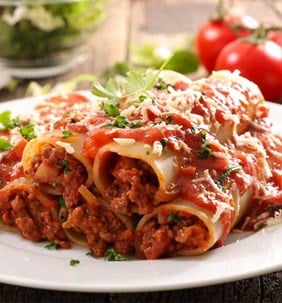 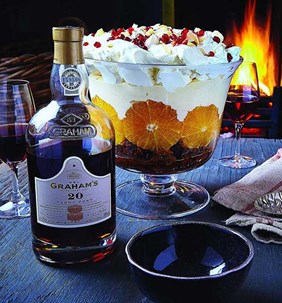 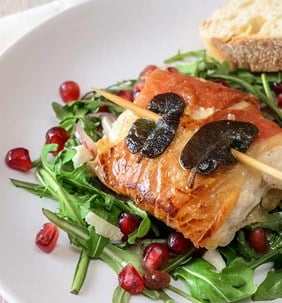 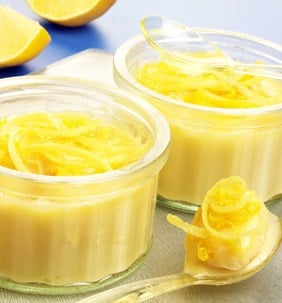 Food & wine Butternut squash and Chorizo stew
Back to top