To stand in the vineyards at Tablas Creek is almost biblical. Jason Haas is Noah and the sun-drenched rolling hills of Paso Robles in California, his ark. They are leading the global charge in renewable viticulture as the first Regenerative Organic Certified winery in the world and borrow traditional practices from the past to create an environment where animals and plants are co-farmed to the benefit of their standout wines. And here, the animals are not brought in two-by-two, but in their droves.

Jason Haas is the General Manager of Tablas Creek, having taken over from his father and company co-founder, Robert Haas. The winery, which is a joint venture with the Perrin family of Château de Beaucastel in Châteauneuf-du-Pape, focuses on Rhône varieties in arid southern California. Both wineries, firm favourites of The Wine Society and our members, are champions of sustainable viticulture.

Mistakes of the past

The ‘conscious-uncoupling’, to borrow a Californian turn-of-phrase, of livestock and crop farming has been detrimental not only to viticulture but to all agriculture around the world. In taking herbivores out of the equation, our natural ecosystems have been sent into disarray, causing increased carbon emissions as a result. The idea of keeping ‘nature out’ of vineyards in order to protect fruit has resulted in vines covered in plastic netting and an epidemic of damaged soils.

But this is not Jason. He and his team have employed nature to help them farm more naturally, and with staggering results.

At Tablas Creek, one of the first things you notice are the 39 owl boxes, designed to recruit a crucial feathered workforce. These natural predators help to control the gopher problem. It is an issue which on first hearing sounds like a Disney film, but in fact results in a loss of around 10-15% of the newly planted vines as the gophers eat the roots. Instead of laying poisons, which would contaminate the soils, Jason encourages these nocturnal birds to make their homes here, and each cull around 500 rodents every year.

As well as bringing in new helpers in the form of owls, the team have turned back the clock, inspired by traditional practices of co-farming livestock and crops side-by-side. Managed by the house shepherd, Dane Jenson, their 250-strong flock of sheep are nature’s solution to vineyard management, a return to an old tradition which is as effective now as it was before.

In the winter, when the cover crops grow high between the vines, the sheep work their way through the rows, minimising the need for tractors and thus reducing soil compaction and use of diesel – nature’s woolly Massey Fergusons. The sheep are grazed by moving them through two-acre sections every two days. It is a technique that kills the parasitic cycle in the stomach which can be laid in the manure and which plagues animals raised in modern-day livestock farming. This method mimics nature and ensures that nothing is over-cropped, and the animals have a varied diet.

During the growing season, when fresh green vine leaves and juicy fruit would be far too tempting, the flock is moved to 150 acres of oak forest. Here the sheep thin out the dense floor, reduce the oaks’ competition for water and increase the water holding capacity of the soil – all of which help to mitigate the impact of forest fires.

And once the busy harvest season is over, the sheep are released back into the vines for some well-deserved feasting. They systematically graze the most frost-prone zones at the right times to prevent frost sitting on the cover crops. The flock leaves behind only quality manure, better soils and a charming spattering of wool caught in the trellis wires.

Other four-legged friends on the farm are the pair of Spanish Mastiffs. The idea of a livestock guardian is not a new one, and indeed trials were made at Tablas Creek to find the perfect companion for their flock – a sort of speed-dating for animals. Once living alongside alpacas and donkeys, the herd is now guarded by these two 140-pound dogs who live in a special moving doghouse and protect the sheep by night from local predators like cayotes, mountain lions and even eagles. The benefits are glaringly simple, no traps or poison are needed, and the predators simply find something else to eat. (And Spanish Mastiffs, Bjorn and Adelita, take their job very seriously, with plenty of lounging in the day to be on high alert during night.)

But Tablas Creek’s focus is not solely on mammals. Attention is paid to all creatures – great and small.

Bees have long been a feature on the farm with hives between the blocks designed to keep those busy workers hanging around and pollinating the cover crop, so reducing the need to buy in seeds. Insects are cared for too, with diverse rows of fruit trees and plants to encourage a dynamic ecosystem.

And even those creatures we cannot see are catered for, and in return they look after the vines. Integrating the sheep back into the landscape produces a natural fertiliser of over 750 pounds of manure per day, this in turn improves the biodiversity and the population of micro-organisms under the ground. Not only is it nutrient-rich; this humus increases the water-holding capacity of the soil, allowing Tablas Creek to dry farm many of its blocks despite only 660mm of rain per year which only falls in winter. It also allows for more carbon to be sequestered into the soil, drawing down atmospheric carbon and storing it beneath our feet. Likewise, Dane’s next project is a chook coop lined with biochar, which gives an ideal surface for hens to lay their manure and produce a nitrogen and microbe-rich compost to supplement that of the sheep.

Above all, there is a special presence felt with such a diverse workforce of feathered, four-footed, and furry friends. The chorus of animals, birds, and insects that you see and hear around you remind you that we’re sharing this planet. It is a constant cue that we are part of a bigger system, and this earth isn’t ours to own.

I can’t shake the feeling that Jason and his team at Tablas Creek have offered the world of wine an olive branch of hope.

They have shown us all that it is possible to take control of the products we put onto our crops; possible to dry-farm on one of the driest spots in the wine world; and possible to get carbon back into our soils and out of the atmosphere.

Perhaps he ought to get a dove? 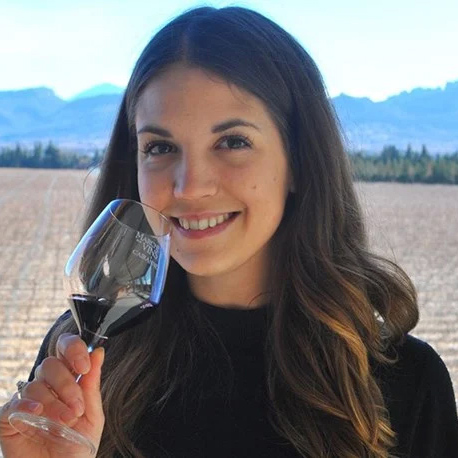 One of our Tastings & Events co-ordinators, Anna came to us 2017 having worked as a freelance wine educator and writer. When able to, she spends a fair amount of time in the Rhône as her parents live there: ‘it continues to surprise me. There is no pretence or pomp and everyone is just desperate to share their wines with you.’ 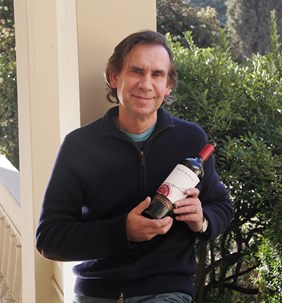 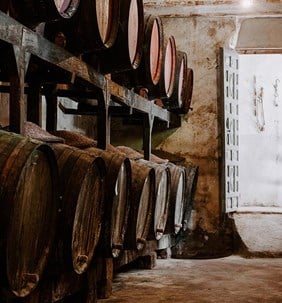