For a touch of simple luxury, a fillet of beef is one of my favourite things. There are those who say, with some justification, that there are cuts of beef with more flavour, but I am a sucker for its tender succulence and leanness, and I love to sear it so that it gets a well-flavoured crust on the outside while leaving the interior pink and juicy. I know it's an expensive treat, and no more so than as a big piece like this, but the crust also works brilliantly with other cuts of beef, pork tenderloin, chicken breasts, lamb if you use rosemary, and even a thick piece of salmon.

The crust adds extra flavour to the fillet and is very simple to do using whatever summer herbs I have in the garden. We've used marjoram chervil and oregano too before. What you use is largely up to you, though I would find mint a little funky. Tarragon is a classic with beef, thyme is also perfect for the job, while rosemary brings a hint of piney aromatic to the dining table. Parsley is a stalwart, fresh and vividly green and underpinning the others.

Carve it at the table into thick steaks or thick slices, and I like this with a simple red wine sauce (recipe below) to allow the herbs to have their say, but there are plenty of other sauces you could use, or just serve it with rip-snortingly hot mustard (English or French) or good old horseradish. I don't often look beyond crunchy matchstick fries or sauté potatoes, and love the bite of watercress or peppery rocket in a salad on the side, dressed with vinaigrette (usually with a dash more Dijon in the mix) or with a simple dressing of oil and lemon juice. A treat to enjoy with a very good bottle.

In making these suggestions I have assumed that the accompaniments to your steak are not powerfully flavoured. A punchy peppercorn sauce, barbecue sauce or a side of sticky spiced  red cabbage will make the playing field less level of course.

For the herb crusted fillet:

This dish, employing such a lean but juicy hunk of protein is pretty forgiving with red wine. If you have a go-to red that you love drinking, then this dish will allow it a clear voice in its relative simplicty. Having said that, the protein I mentioned will delight in a wine with a little tannic backbone amid all the flavours and tends to suggest a younger or middle-aged wine rather than a properly mature, mellow and laid-back bottle in which the tannins have melted away. But it’s up to you.

One truly classic accompaniment is cabernet sauvignon. The grape’s tannins, a key component in left bank Bordeaux blends (cabernet and merlot principally) as well as blending or flying solo in many a wine region around the world, will work in a rather scientific way with the protein of the beef. As tannins like to bond with food proteins it makes them, and therefore the wine, less astringent and drying in the mouth when the two are paired. They meld, so to speak. The old adage about red wine with meat has a kernel of truth in there, though it shouldn’t be treated as a commandment. To test this simply pour a glass of tannic red and taste before and after having a mouthful of the beef. Other traditionally tannic wines will work here too – Barolo and other nebbiolo-based wines, Madiran, malbec (both northern and southern hemisphere versions work delightfully – just ask any Argentine or native of Cahors), Douro reds (touriga nacional-dominated wines are particularly lovely I’ve found), sangiovese (a fine Chianti Classico for example), mourvedre/monstrell, northern Rhône syrah or shiraz from below the equator, Italy’s sagrantino, and many more. Personally, I don’t think a wine in which the tannins are the dominant characteristic are the way to go. So, no Barolo’s freshly bottled and destined for another 30-years of surliness. But a bit of tannin is a good thing here.

Having said all that, tannins are not a necessity. Well-built pinot noir with beef cooked as simply as this is a pleasure as long as it has a little depth. I’ve always enjoyed a Gevrey-Chambertin from a good vintage or a Chilean or New Zealand version with beef like this. Cabernet sauvignon’s cousin cabernet franc can work well if from warmer climes (say South Africa) or in riper years from cooler areas like the Loire (a moveable feast as climate change warms up these northerly climes), while good and particularly modern styles of Rioja will delight. The weightier Ribera del Duero from a little further south and west in Spain will do likewise.

In short, there are no hard and fast rules that you must stick to here. If you have a wine you revel in drinking, then this dish will be forgiving. But I hope I’ve given you food for thought as well as for eating, and most of all I hope you enjoy the beef and wine whatever you have chosen. 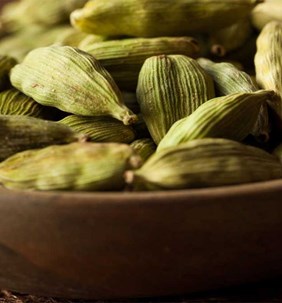