In August I was lucky enough to spend a week at Quinta da Roêda in the Douro Valley in Portugal with David Guimaraeans, head winemaker of the Fladgate Partnership. My mission? To help with the 2022 harvest and learn more about this beautiful region and its famous fortified wine.

Quinta da Roêda is located just outside the sleepy town of Pinhão in the centre of the Cima Corgo, the most central part of the Douro Valley, and was purchased by the Fladgate Partnership in 2001. The fruit from its vineyards form the backbone of Croft Vintage Port, and its connected winery is where the majority of Croft branded wines are produced, including their LBV (Late Bottle Vintage) Port, white and rosé Ports. It’s in a stunning location, set low next to the Douro with fabulous views of the river and surrounded by vines.

The Fladgate Partnership own three of the major Port houses, Croft (Quinta da Roêda), Taylor’s (Quinta de Vargellas, Quinta de Terra Feita and Quinta do Junco) and Fonseca (Quinta do Cruzeiro, Quinta de Santo António and Quinta do Panascal). Each Quinta and its associated vineyards will each add something different to the vintage blend in declared years, producing a harmonious whole that’s the pinnacle of Port production. In undeclared vintages, however, each Quinta may be bottled individually, producing more terroir-specific wines (which are seeing an increase in demand in recent years) that highlight the character of each vineyard, but perhaps offer a less balanced wine as a result.

>Read more about Vintage Ports and declared years in our guide

As it was my first visit to the region, I spent the first day following David to a number of the Fladgate vineyards where harvest was well underway, to get an overview of the region and the ethos that David has instilled across their three major properties.

What was clear from the start was how hectic harvest time is for these producers. As the overseer of all three Port houses, it’s David’s job to travel the length and breadth of the Cima Corgo on a daily basis checking in on each house, their respective winemakers, the winery workers and pickers, whilst also keeping a keen eye on the weather in case he needs to make any last-minute harvest decisions.

When I’d arrived, the harvest had been going on for approximately a week already, with the most important vineyards yet to be picked. With rain forecast for the Thursday and/or Friday, David was clearly on tenterhooks. Ironic, as they’d hardly had a drop of rain for four months. It was at this point I started to understand the logistical nightmare that David has to deal with every year – with limited space in the wineries, does he pick his flagship vineyards now and risk them being undercooked but healthy? Or does he leave them until after the forecasted rain and just pray it’s enough to give the vines a well-earned drink but not so much to dilute the grapes or promote rot among the rows. With over 400ha across the Douro, it’s a constant balancing act, with the whole team (hundreds of people across multiple locations) having to switch at a moment’s notice.

After checking in with the pickers near the winery, we headed up towards one of David’s newly acquired sites, an ancient vineyard with vines well over 100 years old on stunning original stone terraces. The subject of old vines is an interesting one in the Douro Valley, with terms such as ‘Old Vines’ or ‘Vieilles Vignes’ (or indeed, ‘Vinhas Velhas’) rarely seen on labels. And while the question of ‘how old is old?’ is slightly subjective, their benefit is easier to gauge – developing better-quality tannins that help not only wine structure and mouthfeel but also help fix a deeper colour; they’re more resistant to drought and disease; their extensive root systems help protect against erosion, and their typically lower yields help produce grapes of greater concentration and complexity.

That evening we left the vineyards around Quinta da Roêda and headed east up the Douro to Quinta de Vargellas, a stunning old Quinta right on the border with Douro Superior and the pride and joy of the Taylor’s stable. The majority of the vineyards owned and used by the Fladgate Group are in the Cima Corgo, where the combination of warmth and moderate rainfall helps produce the most balanced wines. Further up river, the Douro Superior is warmer with higher risk of drought, meaning wines in hot years such as 2022 can struggle for freshness. In years such as this, the vines go into hydric stress and shut down. While this provides some respite, and some fresh flavour to the wines, the vine does continue to consume acid, resulting in even higher pH levels. Quinta de Vargellas is right on the border between the Cima Corgo and Douro Superior, but the vineyards face north rather than south, guaranteeing a much cooler exposition compared to Cockburn’s Quinta dos Canais on the opposite bank.

The art and science of foot-treading at Quinta da Vargellas

It was here at Vargellas that I got my first taste of foot treading which, it turns out, is far more than a bunch of hairy blokes stamping on grapes. David is particular about how this is done, with strict rules imposed and an experienced ‘leader’ essential. The main purpose of the exercise is to re-integrate the skins (where all the colour and much of the wines structure comes from) with the juice. This should be done gently and gradually. The group is separated into two teams, both equal size and enough to cover the width of the lagares (the open stone fermentation vessels). They interlock arms and, on the leader’s call, tread rhythmically up and down. Starting from the outside they, over the course of two hours, slowly move in until they’re face-to-face in the centre.

Watching them is almost meditative, with the regular hum of the caller and the silence of the rest of the winery making the whole show peaceful and relaxing (a few glasses of Port at dinner just before may have helped as well). At the end of the two hours the surface has gone from a lumpy, bubbling crust of skins, seeds and stalks to a shimmering pool of juice flecked with pips. These pips floating to the surface is proof the treading has been a success – the waxy layer of tannins on the pips will oxidise and help fix colour by releasing anthocyanins into the juice while also protecting the juice from oxidation.

Out of the heat and into the winery

The following two were spent in the winery: one day with Thiago – the head winemaker at Quinta da Roêda – and another day at Taylor’s modern winemaking facility up in the hills north-east of Pinhão. Spending two full days inside the wineries gave me a first-hand view of all the work that goes into the production of fortified wines. The crucial point is, as you may guess, the moment of fortification. With grapes picked at approximately 14-15 Baumé (a measurement of dissolved solids in the grape juice indicating sugar level and, as a result, potential alcohol), the crucial point is around 7.5 Baumé when the wine will need to be fortified.

During fermentation the wine will drop approximately 0.1 Baumé every 15 minutes so. After the two-day maceration period, the fermentation process should take approximately 18 hours to get to 7.5 Baumé. Catching this desired number is essential, meaning two teams of skilled workers work 12-hour shifts so that they’re ready to take action.

Once the desired Baumé is reached the wine is racked from its fermentation vessel (traditional granite lagares for vintage; large stainless-steel open-top fermenters for LBV and Tawny, and stainless-steel tanks for white, rosé and ruby) and combined with 77% grape spirit at a ratio of roughly 450 litres of wine to 100 litres of grape spirit. This spirit is blended by David and his team of winemakers in Bordeaux every year with a producer they’ve worked with for decades. The quality and consistency of this brandy is essential: after all it makes up around a fifth of the final product. The finest (and most expensive) blend is reserved for the vintage Ports, with the second-tier liquid in the LBVs and Tawnies, whereas the most neutral and simple for the rubies, whites and rosé. The wine is pumped from the fermentation vessel, leaving most of the heavy skins in the tank, and put through a rotating drum to remove the smaller remains, before being combined with the chilled grape spirit (the spirit is chilled so as not to scorch the fruity character of the wine).

While this is being done, the pomace and skins that remain in the fermentation vessel are scraped out and pumped into a pneumatic press where the remaining juice is squeezed out at high pressure to garner any extra juice and extra colour, flavour and tannins. This is then re-introduced with the now fortified liquid and is pumped into tanks to settle and amalgamate for a day or two. Once this is finished the wine is again racked and pumped into its maturation vessel – typically 225l for Tawny, 550-600l for Vintage and large 8,000+ litre barrels for LBV.

After their respective ageing periods – anywhere between 10 – 50+ years for Tawny, two years for vintage and between four and seven years for LBV – the wines are ready to be bottled for sale.

It's a long process and seeing the team in action gave me a new appreciation of Port as a category, but an even greater appreciation of the work that goes on during harvest times. We were up at 7am every morning and not returning to our rooms until gone midnight most nights, with the head winemakers often staying up even longer. And due to the quantity and range of styles being produced, they’re doing this for a solid month. Non-stop. There was also a great spirit and sense of camaraderie across all houses, with everyone (even David and I) eating our meals with the pickers and winery workers sharing stories, jokes and, most importantly, wine. It was a great week and I learned a huge amount, but there was no rest for me as I was off to Prosecco in just a few days, to do it all over again.

>Discover our range of Ports 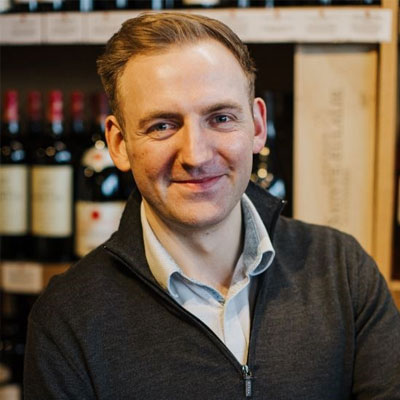 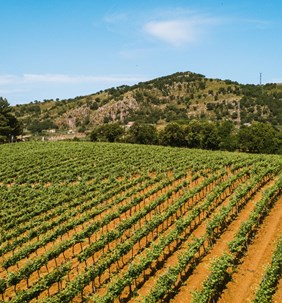 Travels in Wine Travels In Madeira: Small is beautiful
Back to top