“Saint-Chinian, Château La Dournie 2018” is out of stock.

This is a carousel with zoom. Use the thumbnails to navigate, or jump to a slide. Use the zoom button to zoom into a image.

Where do we start in a region so huge? With production nearly three times that of Bordeaux, or more than the whole of Australia, the Languedoc-Roussillon accounts for about a third of all French wine made. The sheer scale of production and the intense competition to channel such volumes through to the market means that in most years supply is greater than demand so prices are kept in check. It is not for nothing that wines from the South of France offer such great value for money. Here you get what you pay for. The trick is to get beyond the gain line and tap into a rich vein of almost endless vinous pleasure.

Appellation Contrôlée and Vin de Pays (also known as IGP â€“ Indication Geographique Protegée) - officially, these are two quite different wine worlds that live side by side almost, seemingly, in complete ignorance of each other's existence. Luckily, reality is different and most producers see no conflict between the two and many produce wines under both codes. Nor is one...

Where do we start in a region so huge? With production nearly three times that of Bordeaux, or more than the whole of Australia, the Languedoc-Roussillon accounts for about a third of all French wine made. The sheer scale of production and the intense competition to channel such volumes through to the market means that in most years supply is greater than demand so prices are kept in check. It is not for nothing that wines from the South of France offer such great value for money. Here you get what you pay for. The trick is to get beyond the gain line and tap into a rich vein of almost endless vinous pleasure.

Appellation Contrôlée and Vin de Pays (also known as IGP â€“ Indication Geographique Protegée) - officially, these are two quite different wine worlds that live side by side almost, seemingly, in complete ignorance of each other's existence. Luckily, reality is different and most producers see no conflict between the two and many produce wines under both codes. Nor is one necessarily better than the other. Indeed many of Languedoc's most iconic wines, such as Mas de Daumas Gassac and Grange des Pères, are Vin de Pays. So why the difference? The status of Appellation Contrôlée was gradually conferred to the historic heartlands of Languedoc-Roussillon, in other words those sites in the foothills of the Massif Central and Pyrenees where viticulture has existed since the Romans. Appellation status is also about taste and about wine made from a narrow selection of mostly Mediterranean grape varieties.

Vin de Pays (IGP) was introduced to improve the quality of what was then the mass of 'vins ordinaries'. It confers an identity to wines coming from those areas that were planted during the big periods of expansion, mostly in the plain between Narbonne and Pézenas. It allows for higher yields than AC, and, more importantly, allows a much wider palette of grape varieties for the growers to choose from.

In terms of grape varieties Languedoc-Roussillon is France's answer to the New World. In the duality of Appellation Contrôlée and Vin de Pays, the conformism of Parisian bureaucracy goes hand in hand with the creative spirit of pure liberalism. So in terms of grape variety, almost anything goes! Native Languedoc and Roussillon varieties are at the heart of all appellation wines. With a changing climate and a tendency to extremes of weather, these ancient varieties are gaining favour.

Carignan is the workhorse of Languedoc especially in the drier west. At its best, it produces a wine that is deeply coloured, quite tannic, sappy with brambly fruit. Many producers have woken up to the qualities of carignan if it is treated with respect and low yields are achieved.

Grenache produces round tasting wines, often with low tannin and high alcohol and is rarely to be found on its own except in the fortified reds of Roussillon.

Cinsault belongs in the heat of North Africa. In the South of France, it is widely grown and can add fragrance and lightness of touch to big brawny reds, but more often it is made into rosé.

Like carignan, the native whites are more obviously associated with high production but with careful handling can produce wines of real interest. There is maccabeu and grenache blanc, grown mostly in Corbières and Roussillon. Clairette, grown mostly in the east, closer to the Rhône. Terret is grown extensively around Marsseillan, home of French vermouth. Maybe the best of all is the piquepoul which east of Beziers produces good quaffing dry picpoul de Pinet. Muscat used to be grown exclusively for vin doux naturel such as Saint Jean de Minervois and Rivesaltes but also produces full-flavoured dry wines of some interest.

The biggest change in the South of France was the introduction of other grape varieties to help boost quality. For the reds, syrah was the most obvious import and is now widely planted and is usually part of a blend with grenache and/or carignan. Syrah is at its best where there is a little humidity such as in the east around Pic Saint Loup. Mourvèdre is much more complicated to grow but has a real future in areas close to the sea such as in parts of Fitou and Corbières.

For the whites, roussanne and marsanne have also journeyed south from the Rhône to add finesse and flavour to Mediterranean blends. Increasingly, the Corsican vermentino, also known as rolle, can be found in blends where it often has a positive influence.

Bordeaux has for long been an important connection for the Languedoc with the Canal du Midi there to prove the link. Not surprisingly, Languedoc producers were quick to introduce Bordeaux varieties in their vineyards. Merlot is the most widely planted and in some years has been very profitably exported in bulk to California or back to Bordeaux. The later ripening cabernets are probably better suited to the climate of the south and have great potential.

Another revolution across the South of France has been in the quality of the whites. Before new standards of cellar hygiene and refrigeration were introduced, the concept of a fresh, dry and fruity Languedoc-Roussillon white wine was nigh impossible. Growers like Pierre Bésinet at Domaine du Bosc and Louis-Marie Teisserenc at Domaine de l'Arjolle were quick to spot the potential and successfully plant chardonnay, sauvignon and even the mysterious viognier.

Languedoc-Roussillon is such a large region that it is impossible to generalise about the entirety. It helps to divide it into three main sections: Eastern Languedoc, Western Languedoc, and Southern Lanuedoc.

The east includes excellent appellations like Faugères, Côteaux du Languedoc, Pic saint Loup and Montpeyroux. The style of wine produced here is often Rhône-like: generous, thickly textured and often high in alcohol. Syrah is the outstanding grape variety and it blends well with grenache and sometimes mourvèdre. Nothing remains static in Languedoc and the old Côteaux du Languedoc is about to be replaced by a new appellation called simply Languedoc.

Western Languedoc is more dramatic, mountainous, and much drier than the east, but it's also colder and the austerity of its climate and topography can be tasted in its wines. The carignan grape is often an essential element in many of the reds. Look out for saint-Chinian, Minervois and Saint Jean de Minervois (the latter for muscat based sweet vin doux naturel), Cabardès, Limoux (especially sparkling Crémant de Limoux).

The south incorporates Corbières, Fitou and Roussillon. These are dry, hot regions surrounded by mountains which provide a majestic backdrop. Fitou is the oldest Appellation and confusingly comes in two parts. The best wines though come from in between in what is actually southern Corbières.

Corbières is the largest single appellation in Languedoc, with myriad different styles from different soils and microclimates. This veritable chaos of crags, gorges, strewn with castles, wild herbs and abandoned abbeys encapsulates the heart of the Midi. The wines all have a little of that wildness and wonder.

In Roussillon black schists on the north bank of the Agly make the best reds. These are typically fine and spicy with grenache and syrah. Traditionally the best-exposed sights near the village of Maury have produced sweet fortified wine. High mountains provide the opportunity to plant vines at higher altitudes and make fresher wines. Finally, this vast region ends in a narrow strip of land between mountain and the sea and with Spain on two sides. Twisting lanes and vertiginous vine terraces link the little ports of Collioure, Banyuls and Cerbère. The fortified wines are sold as Banyuls and are mostly Grenache-based with a little carignan. The Collioure appellation is for expressive, full-bodied and refined table wine which can be made from several grape varieties: carignan, syrah, grenache, mourvèdre and counoise for the reds and grenache, roussanne and vermentino for the whites.
Read more

Château La Dournie has been in the same family form some six generations and was founded in 1870. It covers about 30 hectares in the north of Saint-Chinian on light soils composed mainly of decayed schists.

All varieties normally associated with Saint-Chinian are planted here with one or two Bordelais interlopers which are used for their very attractive vin de Pays.

The Society has bought La Dournie in the past when as with so many fine estates, it came under the umbrella of Val d'Orbieu, a co-operative-based group and at one time a leading force in the Languedoc revival. Much has happened since with the production based on more sustainable farming practices and quality very much on the up and we now buy direct.

The weather offered a mixed bag of conditions for growers to deal with in 2018, but those with the requisite skills, and with whom we deal, have made excellent wines from fruit that proved to be very good when harvest time came around, and in unexpected volumes too.

There are no reviews for this product. Be the first to write a review. 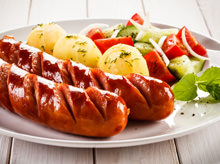 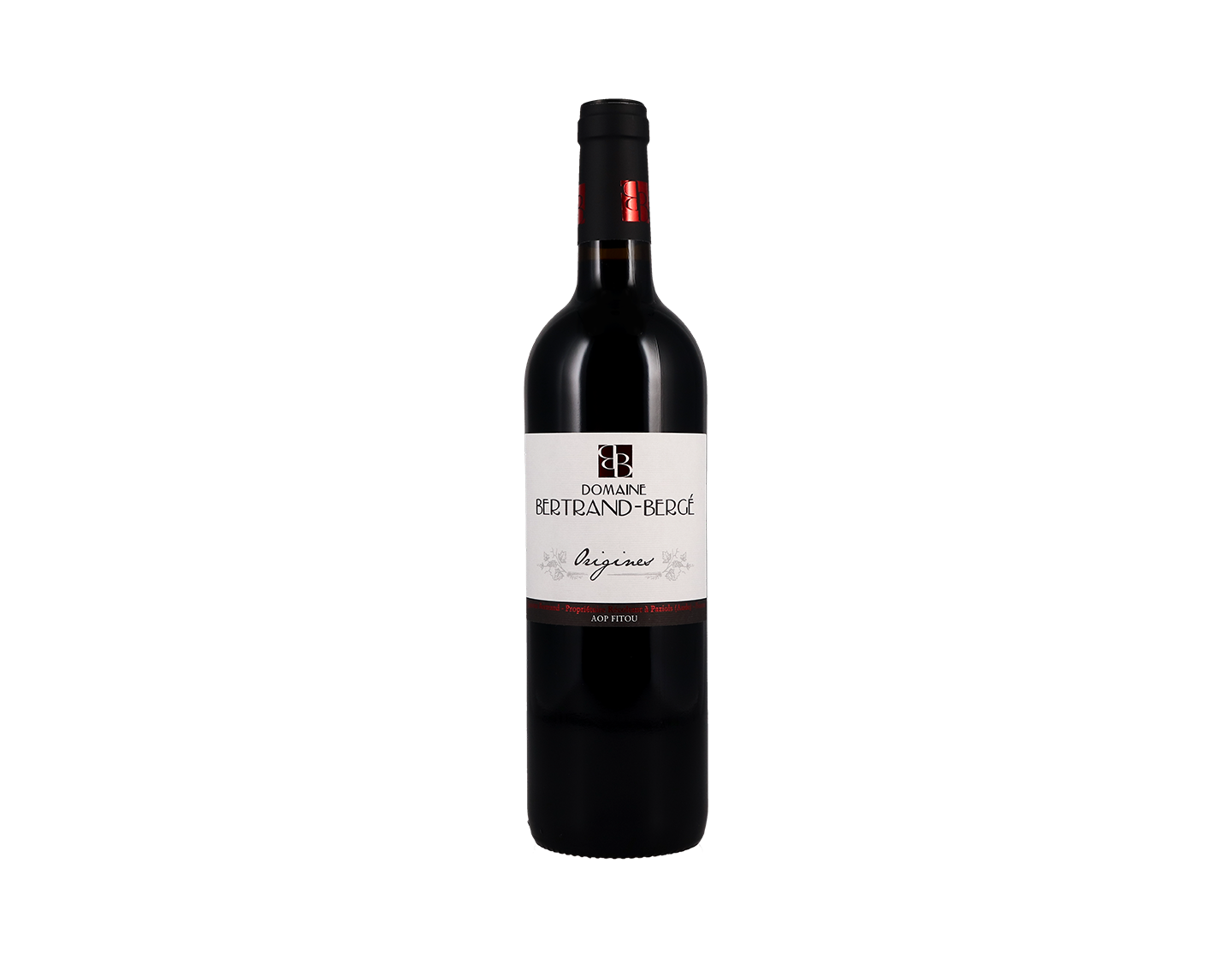 France Carignan Grenache
Strong, full-bodied and richly flavoured Fitou, and from one of the top produ...
Price:£9.50 Bottle
Price:£57.00 Case of 6 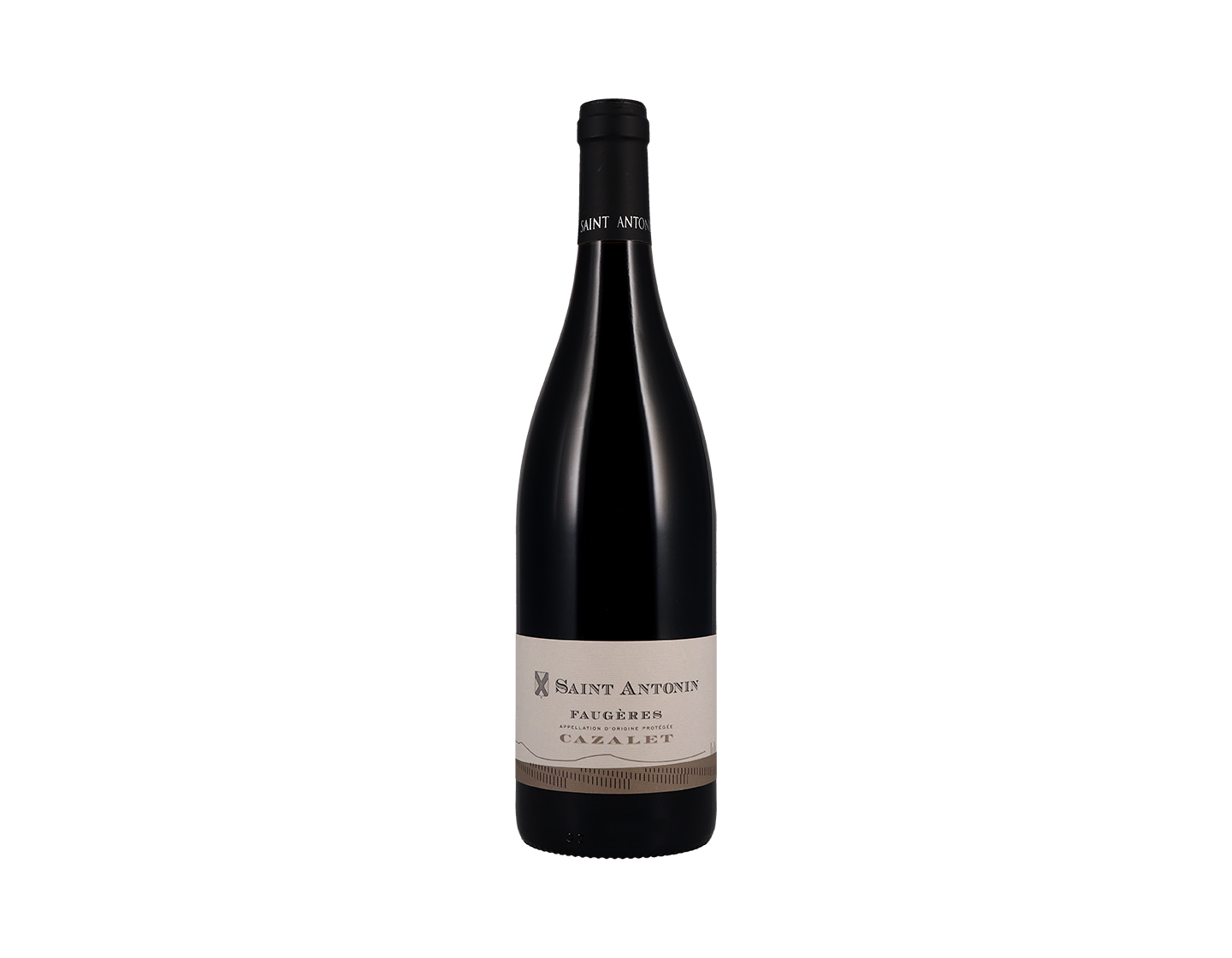 France Grenache Syrah
Lovely fruity red from Faugères in the south of France where the soils of sch...
Price:£10.95 Bottle
Price:£65.50 Case of 6 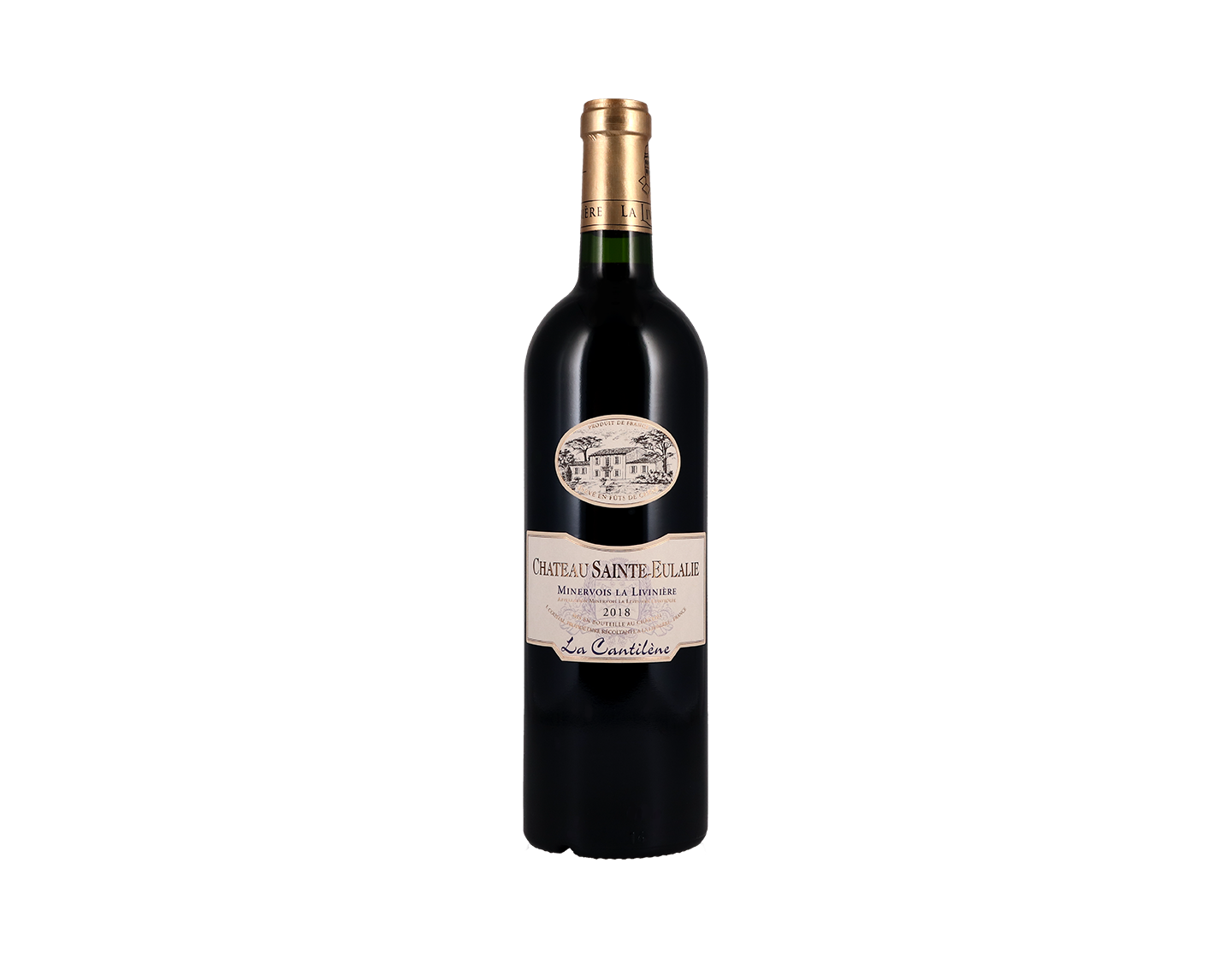 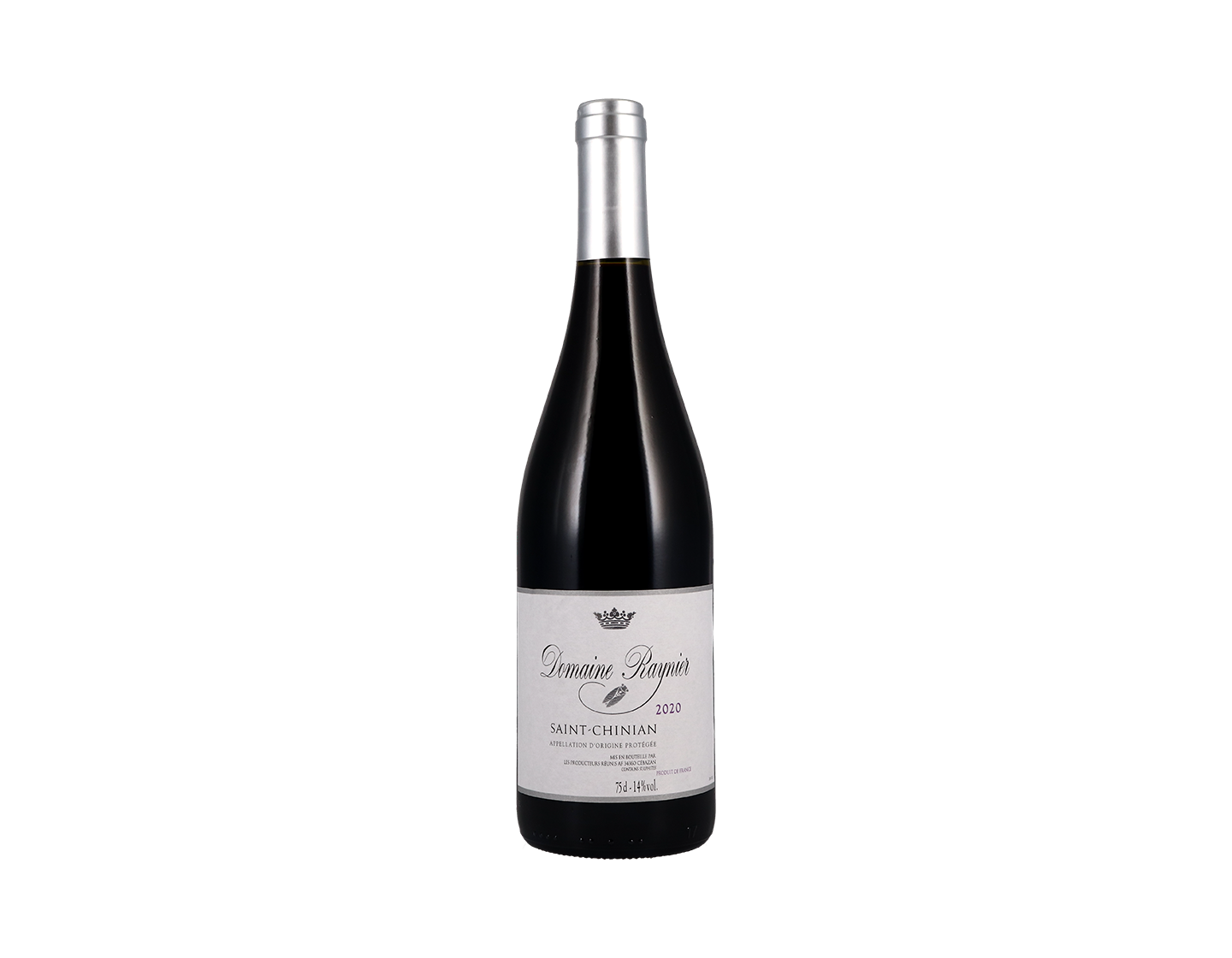